The Ideology of the Cancer Cell 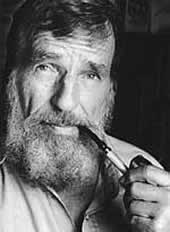 It is hard to question the prevailing view that we are on the brink of an even more serious economic collapse than the one we squeaked through some two years ago. What first emerged as a private-sector debt crisis has not been solved, it has merely been shifted into the public sector. The first round of default was solved by the publics of Western democracies taking on private debts on a previously unimaginable scale. Now that we have reached our collective overdraft limit, what are we supposed to do next?

The conventional wisdom, which is being used to determine the economic policy of our new government, is that we need to 'tighten belts'. The 'we', as usual, is loosely defined. As somebody who works for the public sector I am already having to drill new metaphorical notches into the over-strained leather. Small private-sector businesses have already fasted beyond salvation while the fat cats of the finance sector appear to still be lapping up cream.

Other economists, who are rather bizarrely are being referred to as 'radical' are resisting the cuts. Their rationale for this is entirely reasonable: cutting the public sector will choke off the recovery and force us back into a recession which is likely to be deeper and longer than the last. How will they pay for this? Their solution, which undermines the use of the 'radical' label, is to fiddle with the figures in the short term and wait for economic growth to sort the problem.

A green economist can be the only real radical, and a green economist must reject any policy that relies on economic growth to get us out of this mess. We have the advantage of a really radical proposal: restructure the global financial system so that the debt is really removed - and for good. This would ensure future stability and equity.

As green economists we can also raise two other policy options which would seem too market interventionist for orthodox economists. First, we can take charge of the banks that 'we' own and direct their lending towards domestic, small-scale and sustainable businesses. Second, we can recommend that such government money as is spent is intentionally directed towards the sectors where it will have the maximum multiplier effect. On the one hand this means increasing the wages of lower-paid public-sector workers, who are much more likely to spend the money than save it. On the other, it could mean asking serious questions about changing our approach to trade so that we control the flow of money from our failing economy to the flourishing Chinese economy. Too radical for you, Professor Blanchflower? Tweet
Posted by Molly at 12:21