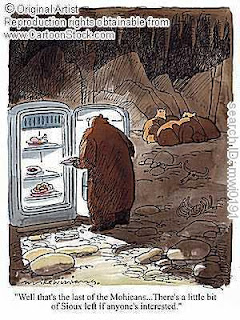 The New Economics Foundation is advertising for a Chief Economist. This raises several questions for me. The job is directed at a number-cruncher, which is made clear by the requirement for skill in 'modelling', which to any economist reading the advert can rapidly be translated as 'regression analysis', the stock-in-trade of the academic and research economist.

This is a pity, since regression - and indeed most forms of high-level mathematical analysis - cannot deal with the complexity of the ecological system we are a part of. If we begin our analysis of the problem with maths we are bound to end up with the sort of simplified truth that is always wrong as far as the planet is concerned.

Most large corporations have a Chief Economist - Vince Cable, now the darling of the radical set, is a former Chief Economist with Shell - and now nef is to have one too. In the world of economics, there are a great many chief economists but very few indians. This has set me wondering about why large companies need an economists but small businesses and communities apparently do not.

When I moved to Stroud nearly four years ago now I was still quite insecure in my role as an economist. I did not want that label - which smacks of capitalist apologism - but was shy about claiming the title 'green economist'. When I dared to say that I was a green economist I was delighted by the response: 'Great! We need one of those!'. It seems to me that this was the right response: every community needs at least one economist.

Perhaps the reason we do not have local economies is that we do not have economists. The 'practicing economist' that nef explicitly ask for must have been practising either in academia or in a corporation since there is no paid role for an economist working in her or her local community. We could not imagine a local economy functioning without an accountant, yet economists are isolated in their ivory towers rather than working in their backyards. We must have people who count money, but have not seen the need for people who are expert in the wise use of local resources.

So in response to nef's call I would like to suggest a grass-roots alternative: the guild of green economists. This could be a network of those who, rather than the 'deep understanding of economic theory and practice and excellent quantitative and analytical skills' that nef is calling for, have a jobbing knowledge of how local economies work, a sensitivity to the idiosyncrasies of their own local economy, and a desire to rebuild an economy with a connection with the local environment at its heart.

If any readers of this blog would be able to commit some time to turning this vision into a reality - especially if you might be able to handle the internet end of things - I would be glad to hear from you. Tweet
Posted by Molly at 08:39