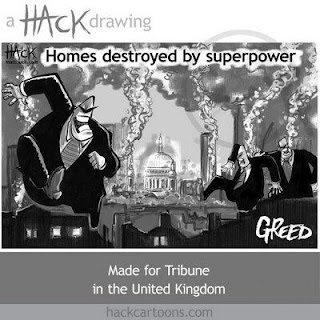 It has been a delight hearing Clive James on the Point of View slot on Sunday mornings. Ok, I'm showing my age now, because rather than razzing it up on Saturday night and lying in on Sunday morning I often catch not only this essay at 8.50 but actually also Something Understood at whatever horrendous time that is on.

Clive James had certainly understood something this week, in his essay called Get Rich Quick - still available from the BBC podcasts page. I don't expect Clive James to be on my political wavelength, and usually he isn't. I listen to him because he is witty and clever and has a rather pleasing Australian accent which is quite soothing of a Sunday morning.

His theme this week was a suitably new year one - the change in consciousness that the financial catastrophe has brought in its wake. He predicted that getting rich quick will cease to look smart and begin to look silly: 'Excess wealth is gone, like the codpiece.' His confidence in making this 'prediction' lay in the fact that, in reality, the change has already happened.

For me, this change is deeply reassuring. Not because I feel vindicated or less uncomfortable about my inability to deal with constantly changing fashions (or is that just total lack of interest?). It is more that I have felt so uneasy about the rampant conspicuous consumption of others. This feeling doesn't arise from inherent frugality, or judgementalism or even a concern for the ecological impossibility of it all. It's more a sense of deep disappointment that so many people have no conception of what really matters in life.

We are going to need those things in a big way this coming year. We are going to need to value comradeship and the kindness of strangers. The human resources on which Britain traditionally prides itself - communitarianism, courage, humour and stoicism - are going to be the character traits most in demand in 2009. And underpinning them all we are going to need a faith to replace the fear that swirls around the shopping malls where empty shopfronts are rapidly replacing hyperactive consumers. Tweet
Posted by Molly at 16:37