All Aboard for Green Central 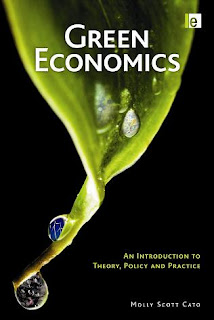 The launch of Green Economics in Oxford on Wednesday was hugely enjoyable - at least for me as the author - I hope others enjoyed it too. Rather than the snooty, stuffy events you see portrayed in films like Bridget Jones's diary it felt to me as if I had hired a room and bought wine so that my friends could sit around saying nice things about me. I can really recommend this as a self-esteem-building strategy!

The launch was at Ruskin College, who did us proud. This was symbolically important, linking old and new radicalism. The attendees were a mix of academics, green activists, and others concerned to create a new economics paradigm.

As John-Paul Flintoff reports in his excellent blog at Times Online, James Robertson spoke about the cognitive dissonance that results from messages about saving the planet and exhortations to save the economic growth fetish issuing from the forked tongues of New Labour politicians. The decision about Heathrow the following day only proved his point. Tweet
Posted by Molly at 08:23