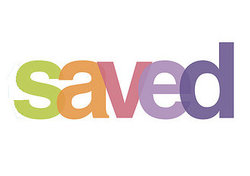 It is good to know that the personal is still political, because a major international finance story has linked very closely with my own local politics this week.

In the midst of the excitement over David Cameron opening his mouth and saying something you might have missed the news that European Free Trade Court delivered an important ruling on 28th of this month in the case between those huge bastions of the global economy the EFTA Surveillance Authority and the European Commission.

According to the website of the Committee to Oppose Third World Debt,

'The judgement clearly states that it is not the responsibility of the parent nation of a banking company to cover the costs of the guarantees to their banking system, and the safety net structure must be financed by the banks themselves. This implicitly confirms that the normal liquidation process, as applied to Landsbanki (Iceland mother company) is quite correct when a bank, even too big to fail, has greater liabilities than assets. Which would be the case for most of the big European banks if the toxic assets on their balance sheets were counted at their real value.'

The case was brought on behalf of the UK and Netherlands, whose citizens has been the target of aggressive selling by the Icelandic bank as it began to fail. These loans were not covered by national guarantees, meaning that savers were set to lose all their money. You may recall Gordon Brown's use of terrorist legislation to seek to freeze Iceland's assets to force the country to pay debts its banks had incurred that had already bankrupted it ten times over.

This ruling cuts right to the heart of the decisions of governments in all the world's leading capitalist countries to provide massive bailouts to support their banks, arguing that they had a legal responsibility to do so. Surely this strengthens the case for arguing that debts incurred to fund such bailouts are odious.

And the personal aspect? Well before I became elected to Stroud District Council a very unwise investment of £2.5m was made in Icelandic bank Glitnir. That money was recently returned and has been a windfall in the recent budget-setting period. As Green members of the administration we have been managed to argue for half a million to be invested in a hydro generation scheme at our district council offices.
.