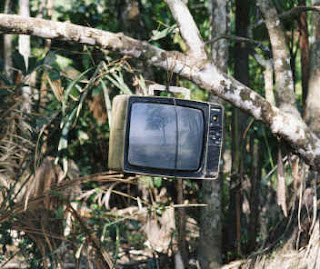 The voice of authority telling you that you cannot possibly think a certain way or that their view of the world is simple common sense is hard to resist, especially when it is intoned with the upper-class accent that we have learned to defer to. So it is that Cameron and Osborne tell us that we are a trading nation and that the Europe we want is the Europe of markets and competition. So it was when they told us that there was no alternative to the politics of austerity and the destruction of our welfare state. They are deeply wrong on both counts.

Such powerful manipulation of our thinking must be challenged. We must actively resist the 'England Good; Europe Bad' mantras that are issuing forth from both the Tories and UKIP and being fanned into a bushfire of anti-European sentiment by an irresponsible and ill-informed media. So let's start now by recalling some of the policies from Europe that have made our lives better in this country than they would have been had the free market of Beecroft and Paterson.

Let's start with the End-of-Life Vehicle Directive. This is a practical policy devised by European Greens to challenge the throwaway culture of contemporary capitalism. The Directive passes responsibility for the disposal of cars back to the manufacturer, thus putting a cost incentive behind attempts to improve recyclability of components and reuse of materials used in the manufacture of cars. The WEEE Directive achieves similar objectives in the case of electronic equipment.

The REACH regulation is a system for the Registration, Evaluation, Authorisation and Restriction of Chemical Substances. It is an attempt to acknowledge that fact that new chemicals are proliferating in our environment. It is clear that the interests of corporate industry have had too much influence over this regulation, as a critical account by Anne Chapman describes, but it is at least an attempt to gain social and political control over this potentially most destructive of industries. Where would we be without the EU regulating the chemical industry?

The European regulation that is a key target of the marketeers and that working people would miss most is the Working Time Directive. This has been subject to vilification akin to the fictional attempts to straighten out bananas, but in reality it is a system of reasonable boundaries to protect workers against exploitation. Who except the likes of Beecroft could object to requirements such as 'a minimum daily rest period, of 11 consecutive hours in every 24' or 'paid annual leave of at least four weeks per year'?

The very aspects of the European project that the Tories and their business friends would seek to support are the same ones that I deplore: the pro-corporate market that is not obliged to consider the needs of people or the environment. It is only our 'European partners', and amongst them the powerful Green Group in the European parliament, who are protecting us from such a fate, as the three parties who dominate Westminster politics and the strange purple party that dominates the debate on Europe sacrifice everything of true value for the sake of economic growth.
. Tweet
Posted by Molly at 09:25