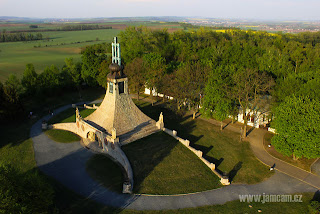 The award of the Nobel Peace Prize to the European Union is a timely reminder of the central role that this much-maligned organisation has played in all our lives. If we have spent our lives in comfort, alienating decadence even, and without having to fight for our birth-right, then much of the credit for that must go to the founding fathers who found a way to ensure that we had more to gain from standing together than by falling apart.

But the economic crisis that was caused by finance and has shown the current generation up for the political pygmies they are has frightening echoes of the crisis of the 1930s that led us into the last great European, and then global, war. During the 1930s, as brilliantly described by Karl Polanyi, the gold standard was the strait-jacket that strangled domestic economies while allowing the financiers to grow rich. This time around that role is being taken by the Euro and the Eurocrisis is allowing them to grow rich while the people of Europe are impoverished.

The Czech economy is doing pretty well by the standards of some of those with whom it joined the EU. The Czechs had the good sense to hold onto control of their currency the Koruna. It trades at around 35 to the pound and this allows the Czechs to maintain a fairly significant manufacturing sector. This small Central European country has more reason than most to fear the spectre of European war. In the Jakubske church in Brno, the city I visit most regularly, there is a series of dates painted onto the ceiling to commemorate dates when the people of the city needed to seek refuge. My Czech friends laugh when I say that my country has not be invaded since 1066; they can recall 60 invasions the last of which was the cost of 'peace in our time' for Chamberlain.

A few miles away is the battlefield of Austerlitz, site of Napoleon's most famous victory. My visit to the battle site was appropriately undertaken under thick fog, similar no doubt to the fog that enabled Napoleon to disguise his attack on the Pratzen heights and overwhelm a superior force. The greatest danger I faced was from a rally race that was most inappropriately staged by the battle memorial. The battle lies at the heart of Tolstoy's War and Peace, where it is a staging-post to the glorious victory of the Russians in 1812. The following century it was the Somme, which reminds us again of the exceptionality of what really has been peace in our time for the past 70 years.

If you travel to the south of France by train you will leave Paris from the station named for this battle; it matches our own Waterloo station, named to commemorate the place in Belgium where the English army halted Napoleon's continental rampage. These stations remind us of the century or so of conflict that ended in 1945. Between the cultural exchanges, the creations of pan-European institutions, and the mutual guarantee of economic security, the EU can and should be rewarded for underpinning peace in most of Europe for most of the past century.

This is why the Peace Prize comes at a timely moment. Because the current European obsession with the single market is putting the unity of nations in jeopardy. When David Cameron calls for a negotiation so that we can improve our relative situation he ignores the fact that our gain will be another's loss. His question 'What does Britain get back from Europe?' Is the wrong one. The project of peace in Europe is one we all gain from jointly, that cannot be counted in terms of a million here or there on farm subsidies. I have two sons and a daughter of fighting age and what I most want from Europe is to be assured that they will not be called to fight on her soil.
.