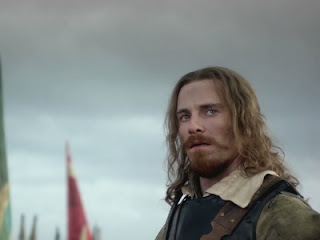 Readers of this blog will recall an earlier post when I called for a revival of the Putney Debates, the heated discussions that took place in St. Mary's Church Putney at the end of the English Revolution, usually referred to as the English Civil War. My energy was diverted in different directions but Occupy have taken up this idea and organised an excellent series of events under the banner of the New Putney Debates.

The series begins on 26 October and runs through into November. It touches on all the key themes of the original Putney debates: the need to question patterns of land ownership and the right to own land, questions of power and how it should be shared in what is now a purportedly democratic system, and the issue of equality. On Sunday 28th October there will be a reading of Caryl Churchill's 1976 play A Light Shining in Buckinghamshire in St. Mary's Church. According to the programme, 'The second half of the play focuses on the conflict within the New Model Army between the senior officers (the Grandees) and the Agitators, who stood for the interests of the ordinary men and women.¨This part will have a special poignancy for many of us with a long history of political involvement.

The question of the power of religious institutions, so central to the debates in 1647, has been left out of this series, which seems to me a pity. While the issue of institutional religion may be a marginal one for many political activists the question of the exclusion of spiritual values from public debate seems to me overdue for revival. At the Green House conference on the future of green politics last weekend a workshop on this theme was led by Satish Kumar, who spoke to the theme 'Soil, soul and spirituality'. There was general support for the idea of spiritual motivation as central to human community, and the need to harness this as part of the project of saving the planet.
. Tweet
Posted by Molly at 09:19