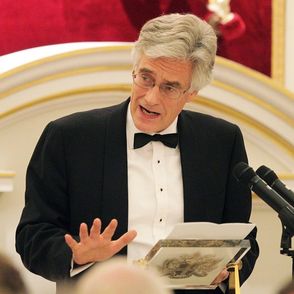 At last a crack appears in the establishment position over the national debt. Following the statement from the Office for Budget Responsibility that the country is bankrupt, last night Adair Turner, former head of the employers' organisation and now boss of the financial regulator the FSA, came out arguing the case for the Bank to take the necessary steps to eliminate the national debt. He has effectively conceded one of the key planks of the arguments of those who seek monetary reform: if you have maintained the control of your currency, as we did by resisting the push to join the Euro, then you can print as much money as you need to eliminate your unpayable debts. The limit on this is faith in your currency and your national economy.

This is, of course, a deeply political point. It continues the theme of earlier posts that the decision to accept our level of indebtedness is political rather than economic. Turner's proposal is relatively limited. He appears to be arguing about the government debt that was bought from companies through the quantitative easing programme, and that the Bank is cautiously holding onto rather than cancelling. In my article 'Who owes whom?' I quantify this as around 25% of our national debt. It is important to note that Turner is suggesting this as a means of reviving the economy and stimulating growth. He is not conceding the monetary reformers central demand: that the creation of money should be exercised by the state in the public interest rather than by the banks for private profit.

This is clearly a move by Turner to establish himself as the radical and creative candidate to succeed Mervyn King as Governor of the Bank of England. Perhaps King would like to follow this policy but lacks Turner's political nous. The contest within capitalism is now clearly between those who are using the debt crisis to bear down on the power of working people and shift the balance of ownership towards the wealthy, and those who would seek a more workable form of social contract. To those of us who consider that capitalism is inherently an unjust and unsustainable form of organisation this is still something of a sideshow.  We also need to keep our focus on how the massive financial readjustments themselves transfer value between rich and poor - whose assets will be protected? Those of the banks or those of the pensioners?
. Tweet
Posted by Molly at 07:58