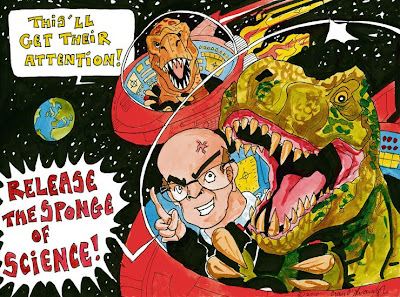 Even by this government's record of announce-now-think-later policy-making, David Willetts's suggestion on Tuesday that students should be able to buy off-quota places, made on the Today programme and quashed by lunchtime, must achieve some sort of record. I think I may be on to the nugget of cunning within what appears a wholly misguided proposal, and it suggests that this may have more to do with off-balance-sheet than off-quota.

The government has got itself into a mess by believing its own rhetoric about the market for higher education. In such a market institutions would compete on price, resulting in a graded system from Bognor ex-poly at one end to Cambridge at the other, and a price continuum to match. In reality around two-thirds of universities are charging the maximum fees of £9000, with most of the remainder not far behind.

Although the fees will eventually be repaid through some immoral process of securitising our children's debt-laden futures, in the short term (that unhappy place for the theoretical economist) the bill will fall at the government's door and, if to remain consistent with their austerical rhetoric, they cannot afford to pay it. So are we to expect a reduction in the student quota, i.e. the number of places the government guarantee to support, in the run-up to the admissions period next September? Is the suggestion for off-quota places, unsupported by any government finance, an attempt to find a solution to this fine mess?

David 'two brains' Willetts has been accused of stupidity, but this is a misaimed criticism. His bungling approach to higher education is really the result of a person who has a poor understanding of economics, combined with a strong emotional attachment to the market model.

Today we hear that that Willetts is moving on from the segmented market approach towards the more lowly bargain shelf of the supermarket. Degrees which remain unsold as their 'use by' date of September approaches are to be made available for a lower cost, like strawberry yoghurts. A failure to understand that learning is a co-operative activity, and that a class including some students who have come in at bargain rates and others who paid the full rate is unlikely to be one where harmony reigns appears to be beyond Mr Willetts's comprehension.

And this is to say nothing of those students who, like slightly unsavoury old women who haunt the supermarkets in the late afternoon, will play a chicken game with the university accountants, daring them to keep the places open long enough for them to be able to afford them. Am I too cynical to presume that many of these will be students I will be expecting to greet in the autumn, that is to say students of economics?
. Tweet
Posted by Molly at 07:43