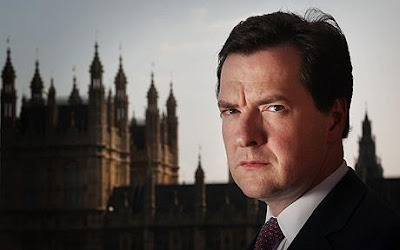 Advocates of a market view of the economy and proponents of further and faster globalisation both tend to seek inspiration from the work of Adam Smith, who is taken to be the founding father of market economics. Smith's work The Wealth of Nations, was published in 1776, only on the cusp of the industrial revolution and before its technological advance had had the chance to impact widely on social and economic structures.

The economist who better represents the theory that has come to dominate our modern world is rather David Ricardo, whose most famous work Principles of Political Economy and Taxation was published in 1817, some 40 years after that of Smith, and whose work set the parameters for the world of laissez-faire capitalism and export-led growth that we inhabit today. Ricardo was attempting to theorise the economic reality of a world where labour and land were made subject to market forces, as they had been to only a limited extent in Smith's day.

In an excellent article in the New Statesman back in March, Robert Skidelsky made clear George Osborne's debt to Ricardo, whose economic theories he rather brutally summarised in the following phrase: 'It goes like this: the private sector creates wealth and the government squanders it. The smaller the government – the less it taxes and spends – the more the economy will thrive.' Moreover to a Ricardian there is no fundamental distinction between taxation and government borrowing: borrowing is merely deferred taxation.

This is an article of faith, unsupported by empirical evidence. It is clearly politically attractive to politicians like Osborne, who seek to abolish the public sector and see in the current deficit the opportunity to do so. But what if Keynes was right, and cutting borrowing in a time of economic crisis merely leads us into a downward spiral? Ricardo's theory might be all very well in a flourishing economy, with a functioning money system, but in an economy that has been destroyed by its own parasitic financial system, it might be the worst possible medicine.

Economics is a complex system, where numerous variables interact in ways that can never be predictable. This is why jokes about one-armed economists are just foolish: there will always be a multitude of answers to every question and predicting the future is a mug's game. Hence the wise economist leaves his options open, and makes sure that the politicians he is advising do the same.

Interpretations of history are rarely more helpful. We simply cannot know whether the spending that led to the deficit was necessary to prevent us entering a lengthy and devastating Depression. Can we really believe that, had he been Chancellor when the bubble burst, Osborne would have stood by and seen the global financial system collapse? In my more troubled moments I think that perhaps he might have done, such is his ideological faith in the market.

Back in March, when Skidelsky wrote his article, economists were already downgrading growth forecasts, and they have been doing so ever since. This week economists from the the Organisation for Economic Co-operation and Development (OECD), the very body that Osborne has proudly announced as supportive of his economic approach, downgraded their forecast for UK economic growth from 1.5 to 1.4 per cent this year and 2.0 to 1.8 per cent next year. Osborne, increasingly beleaguered, and increasingly isolated, persists in his Ricardian illusion.

*Thanks to the imaginative marcher who came up with this slogan for the 26th March.
. Tweet
Posted by Molly at 09:00