My University Has Turned into a Bank 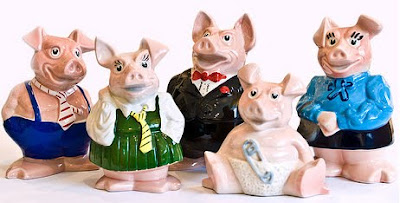 Previous posts about the government's determination to infect our higher education sector with the market ideology and its focus on finance rather than education in planning its policy for universities indicate a clear direction of travel: across the Atlantic.

If you want to know what they will find there, and what the shape of our universities is therefore likely to be in the next few years, you should read the article 'How universities became hedge funds' by Bob Samuels. Bob, the President of the lecturer's union AFT branch at the University of California, tells a disturbing tale of the financialisation of US universities.

The process he describes of the movement from educational institution to finance house follows five steps:

'To understand how both public and private research universities have gotten themselves into this mess, one needs to understand five inter-related factors: the state de-funding of public education; the emphasis on research over instruction; the move to high-risk investments; the development of a free market academic labour system; and the marketing of college admissions. These different forces have combined to turn American universities into corporations centred on pleasing bond raters in order to get lower interest rates so that they can borrow more money to fund their unending expansion and escalating expenses.'

We already have at least three of these features either in place or in development in the UK higher education system.

As I pointed out in an earlier post about the creation of social enterprise bonds, the marketisation of public services is not about increasing choice and putting the person who pays in control. It is about finding new ways to use debts, in this case the debts created through student loans, to create income streams that can be securitised and profited from. The filth of finance is being forced into our schools, universities and hospitals.

*The nasty pigurines are a poorly chosen selection of gifts to young savers created by Nat West in the 1980s - capitalist pigs all.
. Tweet
Posted by Molly at 09:12