Will the UK Abandon its Climate Targets? 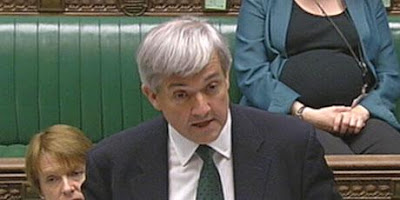 During the past year we have seen the painful exposure of the political strategy of a party that has thrived by promising all things to all people. Now that the Liberal Democrats have had their bluff about coalition government called, we see both their opportunism and their political incompetence exposed to full view. This is by turns hilairious and tragic for the party but leaked documents about cabinet splits over climate change policy suggest that it may soon prove tragic for the country and the world. These documents suggest that the Tory government, in its desperate drive for growth, is seeking ways to avoid the strict carbon dioxide emissions targets enshrined in law by the previous Labour government.

The Climate Change Act, which became law in November 2008, was a recognition that climate change is too important an issue to be left to the vagaries of the electoral cycle. It included two important provisions. First, 'a legally binding target of at least an 80 percent cut in greenhouse gas emissions by 2050, to be achieved through action in the UK and abroad. Also a reduction in emissions of at least 34 percent by 2020. Both these targets are against a 1990 baseline.' To remove the temptation to avoid these strict targets the bill also established a Committee on Climate Change, with a particular remit to ensure that the law was being respected.

It would appear that this committee is becoming nervous about a battle within the cabinet over the tension between the CO2 emissions reductions and the desire to reboot the destructive growth cycle. This follows the leak of a letter from Business Secretary (and ex-chief-economist at Shell) Vince Cable to Energy Secretary (ex-anti-nuclear, ex-merchant banker) Chris Huhne. Cable challenged the Committee's attempts to reduce CO2 emissions as a threat to economic growth.

The fact that the CCC is leaking to the press is a sign of how serious the situation is. This is hardly a radical green outfit: the list of its members indicates the usual selection of ex-business and conventional science establishmentites. But they find themselves at the sharp end of the tension between pro-growth economics and the climate reductions the human race needs. The battle-lines are drawn and the issue will be decided at the cabinet meeting on Monday.

The evidence of this fight at the very heart of government makes it clear that climate change emerges from a structural problem within the capitalist economic system, as green economists have long argued. Both sides in this current spat are right: we must have CO2 emissions, but we cannot have CO2 emissions. The only was to resolve this apparent impasse is to ditch the 19th-century economic paradigm we are still suffering for the ideas of green economics that Caroline Lucas has called 'the economic paradigm for the 21st century'.
. Tweet
Posted by Molly at 07:44