Mortgaging our future; stealing our assets 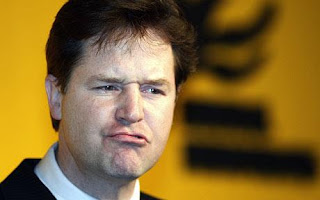 Financial engineering is a phrase that has become part of our normal vocabulary when thinking about the 2008 crash and its aftermath. Like genetic engineering, which implies that the botchery of implanting crocus genes into rice is akin to building the Clifton Suspension Bridge, the phrase is unduly respectful towards the City whizz-kids. Financial fraud is obviously closer to the truth.

It is worrying, therefore, that so many of the cabinet have a background in the financial world and owe their exalted status to its riches. And more worrying that the techniques they learned there are creeping into policy-making at local and national levels. The offending item of policy is what is being called 'tax increment financing' - a piece of misleading spin typical of the 'financial engineers' who brought us credit-default swaps and leverage.

At the Lib Dem conference Clegg claimed that tax increment financing was ‘the first step to breathing life back into our greatest cities’. It is hard to see how shifting debt from central to local government is breathing life. At a time where debts are in the process of destroying what we have come to think of as civilisation it seems more like the kiss of death.

The theory is that public infrastructure can be funded through borrowing, which will be repaid as a result of extra taxes that will be generated because this infrastructure, say a road, will encourage the development of more property, say another supermarket. This is using financial engineering to engineer economic growth and forcing the pace of development. It is also putting local taxpayers at the mercy of developers, since infrastructure (like roads) that would serve their interests will find funding, whereas infrastructure that will not (say, a care home for elderly people) will not.

The word from the Treasury is that tax increment financing would operate within a ‘carefully designed framework of rules, which the Government will work closely with local authorities to design’. The nature of liabilities and the assignment of collateral will be key here. Depending on what the detail says, this could be a way of allowing developers and financiers to take control of local infrastructure and the most important local asset: land. Tweet
Posted by Molly at 09:51