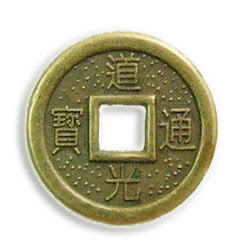 For a while now it has been obvious that China is the dominant global power, and that it has accumulated, by a combination of skilful strategem and sheer hard work, the power to pull the plug on the US economy at any moment. It is almost exactly a year since Hilary Clinton's humiliating visit to Washington, when she almost begged the Chinese not to do this. When we hear that China is now offering to also buy the Greek debt – for which we might read by the Greek economy, given the way things stand in that country just now – it raises intriguing questions about why China became a 'state capitalist' country in the first place.

The use of that phrase implies that China is following the rules of the same economic game, perhaps with different motives. It is clear that China has understood the money-work nexus that lies at the heart of the capitalist game but there seems no reason to assume that they have any respect for the game itself. They have responded to its rules by keeping a rigid control over their own currency (a fact much bemoaned in Washington and the pages of The Economist alike), and working extraordinarily hard to displace the need for most of the other labour in the global marketplace.

Meanwhile the the shift in the designation of the Chinese currency away from the yuan (as it was traditionally called) to the renminbi (or people's currency) implies a shift from a domestic to a global currency. In much the same way that China accumulated pieces of eight that the Spanish had minted in their new world colonies, it is now accumulating hoards of US paper. Although the renminbi is surely the most powerful currency in the world today, it is not held as reserves by foreign governments. So long as China is prepared to buy US debt and use it as a trading currency then the dollar is secure. Once it decides its economy can grow on the basis of domestic consumption alone it could easily just walk away, leaving the dollar to crash.

In conclusion we can see that China is winning the work game and is also winning the money game. So far China has used this power to gain access to the world's rapidly diminishing resources, especially by striking deals in Africa that are far more favourable than those that Western nations have offered. Compared to our primitive and short-term economic thinking, the Chinese appear to be demonstrating a master play: as they have adopted our industrial methods and excelled us in their use, so they are playing the economic game we invented better than we are.

On a more conspiratorial note, what are we to make of the inscrutable Mr Li who, according to John Lanchester's book Whoops! was instrumental in creating the algorithm that lies behind explosion of collateralised debt obligations that led US traders to destroy the global financial system:

'Li had been sent to North America on a government scholarship in the late 1990s to learn about capitalism. . . In 2000, while working at J.P.Morgan, Li managed to apply a piece of mathematics called a Gaussian copula function to the creation of CDOs' (p. 97) His paper, published in the Journal of Fixed Income, was attractively titled 'On Default Correlation: A Copula Function Approach'. It offered a way to model how different types of stocks move up or down in value together. This enabled the financiers to reduce the risks associated with mortgage-backed CDOs to a single number and the trade took off.

To imagine Mr Li on a mission for the Chinese government is too appealing to be true, but one way or the other it seems that the 'state capitalist' power has out-manoeuvred the 'market capitalist' power and we are all just waiting to see when they will assert their authority. Tweet
Posted by Molly at 09:00