Gunning for the Money Men 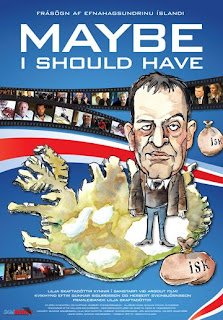 I'm recently back from the Association for Heterodox Economists annual shindig, held this year in a sunny and astonishingly beautiful Bordeaux. It was the usual hot-bed of vibrant conversation amongst economists who, having long ago eschewed the neoclassical orthdoxy and therefore any hope of an exalted career path, see no risk in embracing and enjoying a plurality of opposing views about economic life.

I had the usual temptation to engage in some impromptu ethnographic research, especially when sharing a meal with a bunch of fellow economists, who use game theory to work out who should tip and by how much, and watching the World Cup semi-final in what the French considered an English pub with a people of mixed nationalities and prejudices was also highly entertaining.

One of the greatest pleasures was meeting Gunnar Sigurdsson, who claimed to have personally overthrown one Icelandic government and be well on the way to destroying a second. This gives you a clue to the sort of person he is, and I imagine that the negotiating skills needed by a politician are well beyond his skill-set. He himself admitted that his greatest mistake was standing for election.

But then, what else are you supposed to do when your country and everybody in its has been put onto the baize cloth by a small number of irresponsible young men? In Gunnar's case what he decided to do was to make a short and entertaining film of his personal take on the Iceland banking crisis and subsequent bankruptcy.

You will not be surprised to learn that the City of London was highly implicated in the fraud, by supporting the Viking Raiders as they bought up a range of high-street names which they could not realistically support. (Surely the purchase of supermarket Iceland was just a little joke on their part?) Gunnar also noted the support by 'respected' economists Mishkin and Portes, who he claims were paid to say that there was no problem with Iceland's stability. In effect, 'the were hired because they were willing to get it wrong'.

I have previously suggested the Icelandic case as an object lesson in what goes wrong when an economy becomes detached from its real, physical base. It seems that the reality was murkier, with a tiny elite corruptly supporting each other in an anti-democratic network that stretches back to the founding of a US military base on the rocky island in 1951. Too many Icelanders enjoyed the good times without asking questions: they have wised up since and Gunnar says that all Icelandic people are now economists, as are many of his best friends!

Gunnar's own journey since his decision to follow the money has involved considerable air miles as he trekked from Guernsey to Tortola in the British Virgin Islands to track down the movement on the non-existent money on which the Iceland miracle was based. There he discovered 600,000 financial companies were registered, with no regulation whatsoever, including 120,000 in just one small office block. His deeper journey of disillusion and loss of trust is one we are all embarking on, whether we choose to or not. Tweet
Posted by Molly at 11:27

Labels: corruption, Gunnar Sigurdson, Iceland, Maybe I Should Have