Culture of the Shameless 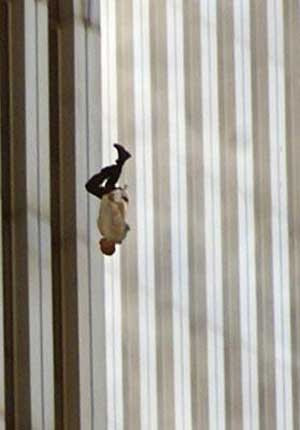 I really am not a vindictive person. In fact, I am rather fearful that if any of my Quaker friends read this post I will drummed out of the meeting. Or perhaps breathed out with sad and consoling looks, or something appropriately friendly. Or maybe I will be just accepted in spite of my cruel thoughts and my inability to get a grip on my rage about bankers.

I am angry about the way that the clear link between banking bailout and bankrupt Britain is neatly overlooked in almost all media discussions. I am angry about the fact that nobody questions the capitalist system which cannot operate without these periodic and hugely destructive collapses. But most of all I am angry about the inability of what we might tritely call 'the banking community' to take any responsibility for what has happened.

My anger may be summed up in one simple question: where is the jumping man? The last time we had a crash on anything approaching this scale, the 1929 stock-market crash, the Wall Street traders who had been sucking in the savings of small investors and investing them in widly risky schemes were clearly identified as the guilty parties. When the bubble burst they felt ashamed of destroying the savings of the working poor, who had been lured into a game they didn't understand. This as much as their own personal losses, we were led to understood, was the cause of the high rate of suicides in October 1929.

Except there was actually a low rate of suicides in that month, according to Galbraith's account of the Crash. The story of the jumpers was largely an urban myth. And even those who did jump did so because of being unable to face a future without their own personal wealth, not because of concern for the little people their risky dealing had destroyed.

A decade ago, when the Japanese economy began to fall apart because of of the failure of capitalist finance, an executive at the Bridgestone tyre company in Tokyo, committed hara-kiri as his company's profits plummetted and thousands lost their jobs. I am not exactly recommending this to the higher echelons of Goldman Sachs or RBS, but the shameless way in which they ignore the suffering around them and carry on rewarding themselves cannot help but make one look towards other times and other places with a sense of nostalgia. Tweet
Posted by Molly at 07:33