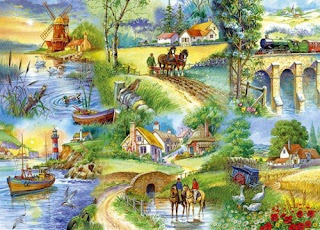 Here are some further interesting reflections from Martin Wolf, who seems to be breaking the economists' rule of a lifetime and actually engaging in some open-minded thinking. This time he is on the issue of land, and even goes so far as to consider the writing of Henry George on the subject. (I have already posted about my recent encounter with his devoted followers.)

Why should this issue be receiving attention, all of a sudden? Could it be that, with all other sources of revenue drying up, the politicians are at last realising the benefits of taxing land, which cannot be sent offshore or hidden in a foreign bank account? The Tax Justice Network considered this possibility in a recent special issue devoted to land tax, where I rehearsed many of the arguments Martin Wolf addresses in his piece.

Theoretically, Wolf must be right that the removal of land from economic theory was absurd, and contributed to the disconnection of the economy from the environment that has been a major contributor to ecological crisis. But as Greens we always have to be cautious about taxing land, since putting pressure on its value could merely lead to over-exploitation. Proposals for such land taxes always need to be linked to strategic objectives, put into practice via a newly democratised and community led planning process. Tweet
Posted by Molly at 09:39