Shock till you Drop 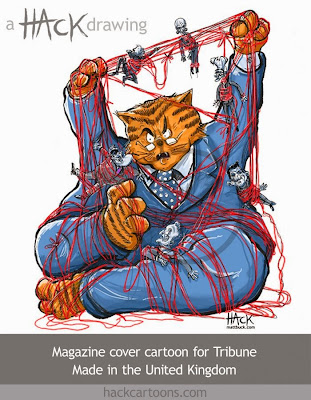 How many of your friends have told you recently that they feel lucky to still be in work? This is the sign of somebody who has already given up the fight for decent standards of employment and a fair rate of pay. People who make comments like this should be politely but firmly put right. Their supine acceptance of the public-spending lies must not be allowed to take hold of the national psyche.

This sort of feeble-minded compliance is, of course, particularly prevalent in the public sector, which is the primary target of Slasher Osborne. The news that the Treasury is requiring plans for 40% cuts from the majority of departments makes clear that this is all about ideology and nothing to do with economics. One would expect the instinctive reaction of a Tory government to be to favour the private sector and punish the public sector. But in the case of Cameron and Osborne it is difficult to understand whether they really are stupid enough to sacrifice the whole national economy just to pick on public-sector workers, or whether it is a more subtle attempt to undermine the self-confidence of working people.

This is not a new strategy. Back in 1981 Thatcher's absurd policy of monetary tightening pushed the economy over the edge and resulted in the worst recession in a generation. The weakened situation of employees allowed the Tory government to force through a range of anti-union legislation that will make resistance much tougher this time around. I wonder how many people then were wandering round telling colleagues how lucky they were to still be in work. I was lucky enough to be too young to be in the labour-market.

Between them Mark Serwotka and Naomi Klein seem to have the right explanation: political shock and awe to make us vulnerable to whatever radical changes they seek to impose on our society. Together we can resist, but the shock tactics are designed to divide and conquer: pitting public sector against private sector, employed against unemployed. These are times for keeping your head, whether all about are losing theirs or not. Tweet
Posted by Molly at 08:06