I'm going to get a little personal in today's post because I need to get something off my chest. Quite a few months back I was invited to be part of a team of Welsh Greens who will put on a series of lectures in the Smithsonian Museum - yes the very one that they have helpfully just made a Hollywood movie about. The idea is to showcase Welsh Green expertise. I was included with some top names and felt rather pleased with myself.

The problem is that I don't fly any more. I'm not saying never, but my last flight was in 2003 and I'm seriously hoping it stays that way. I have missed exciting opportunities in North America that would have helped my career no end and also had to tolerate more personal sadnesses like missing friends' weddings. But as a green economist and green party speaker I just don't want to be a hypocrite and feel morally bound to do my best to keep to my one-tonne limit.

The lecture series is organised by the Centre for Alternative Techology and so I was sure they would understand. And indeed they were planning to arrange a live video-link to Washington from Machynlleth - the concept itself is worth travelling to Mid Wales for! I imagined myself and my Welsh Green mates would have a few pleasant days at CAT but this won't happen because only one of the other contributors has refused to fly. Everybody else has taken the Welsh Assembly funding and the chance of a free beano stateside. I am shocked and saddened by this and left feeling isolated and punished for sticking to my principles. I really don't think I am self-satisfied or pompous about this; I just can't personally think of any other way.

Together with the other contributor who will not be in Washington in person, I have been reduced to 10 minutes of the programme. Thus the people who are most committed to carbon limits will be allowed to say the least. It appears that our contributions will now be short films, made in advance, and we will not get the chance to join in the debates. 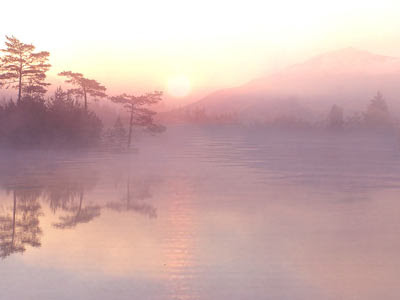 I'm going to conclude my short presentation by asking those present to think very seriously about their own commitment - to look inwards rather than outwards. Our economy looks ever outward. It focuses on what Thorstein Veblen called conspicuous consumption, and on global expansion and material growth. Lapping up media attention and jetting around the world is just one part of this.

A friend of Mark Lynas told me about a conversation they had after he flew to New Zealand to publicise his book on the dangers of climate change. She told him his journey wasn't worth it. I agree. Barack Obama's flight to Cairo to try to achieve peace in the Middle East is worth the carbon emissions. A bunch of Green academics addressing a couple of hundred US citizens, no matter how posh the venue, is not.

A green economy would encourage us rather to look inward and keep in mind the wisdom of Lao Tzu from his Dao De Qing:

In a time of crisis the temptation is to rush into desperate activity, but I would caution against this and suggest the importance of reflection and the exercise of judgement. Rest is as important as action and we need to exercise the same careful management of our inner resources as our outer resources. Tweet
Posted by Molly at 09:57