Last week two of the credit rating agencies - Moody's and Fitches - downgraded the rating they award to a slew of mutual financial instutions in the UK - the old-style building societies which have survived the current turmoil well and are taking in massive levels of new lending from members.

The building societies are actually in a strong position, since they own real assets - houses - rather than the phoney assets owned by banks. The agencies explain this downgrading on the basis that these assets are less valuable because of falling house prices. Yet the stress-testing of the Britannia that preceded its recent merger with Co-operative Financial Services indicated that even a house-price fall of 60% would not threaten the solvency of the business.

So is this a genuine concern about the solvency and viability of these businesses or a political move by the capitalist businesses that are seeing their credibility shattered and money move into the co-operative financial sector? 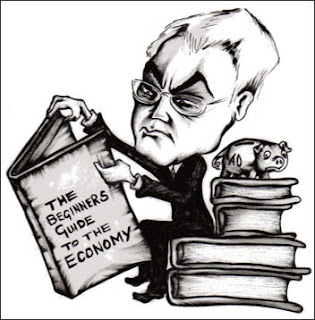 The official version is that the credit rating agencies take an objective look at the market and then provide a neutral assessment of the financial health of various companies. The reality is that they are making the market. If they downgrade a company it finds it harder to borrow money and must pay a higher price. They are actually manipulating the value of companies - and even countries - and in a time of such uncertainty this gives them anti-democratic power. Questions are being raised about their role, which now appears more political than forensic.

We can begin to see how they are using this power. They downgrade the UK, which is creating money to pay back our national debt, but not the US, which is following the same policy. Back in January the French financial regulator called for political regulation of the activities of credit rating agencies. At that stage concern was that they were too optimistic about the money-generating activities of the companies that created the boom. Their attempt to undermine viable and democratic institutions and governments should raise even greater concern. Tweet
Posted by Molly at 09:33