Transitional Demand for a Town in Transition 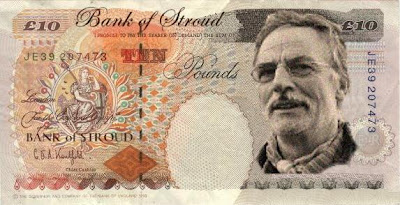 We have reached the exciting stage of 'no turning back' with our local currency here in Stroud. As we go into shops and pubs making the case for the Stroud Pound many people ask 'What is the point of a local currency? Can't we just decide to spend more money in our local economy?'

Our currency is designed on the model of the German Chiemgau, which itself follows the model of the Worgl - the holy grail for currency enthusiasts, which allowed its small Austrian town to flourish like an economic oasis in the midst of the desert of inter-war Depression. The money, like most natural systems, deteriorates over time, which is intended to increase the speed with which it changes hands. This is the key feature that underpinned the success of the Worgl experiment.

But whether or not this works in Stroud, launching a local currency is an important political move, because it is a transitional demand. According to Len Arthur:

'Transitional demands are those which relate to current grievances and seem a legitimate solution but if won would create a direct challenge to power resources of those who dominate.'

Making your own money is a practical response to the failure of the capitalist economy and a commitment to your local community, but is is also a real and immediate challenge to the system itself and the monopoly on money creation by the banks. This is the reason why the Worgl system was shut down by the Austrian state. We are waiting with interest to see the reaction here if the currency is a success. Tweet
Posted by Molly at 09:40