The Slow Death of Mother Earth 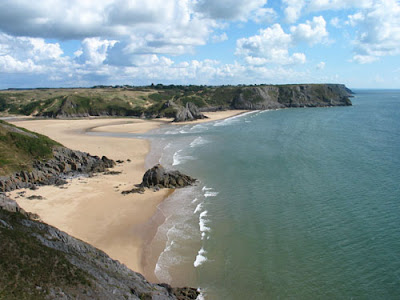 During my research into bioregional economics I have been struck by the universality of the conception of the earth as our mother. This is our own spiritual heritage in these islands, and is ubiquitous in pre-rational religions across the world. In Latin America, as our colleagues in Liverpool told us, she is Pachamama, the source of fertility and nourishment.

In the rational West we have lost this aspect of reverence towards the earth. We have bureaucratised our relationship with nature and lost the sense of both her mystery and her power. It is not an over-dramatisation to say that the earth is dying. I have never experienced the slow death of a person I love, but friends who have tell me of their feelings of rage and despair. These are the feelings that we share now, but strengthened by the knowledge that it is people just like ourselves who are doing the killing.

For some who are struggling to protect the earth the creation of a new crime of 'ecocide' would lend support. I am unimpressed by this attempt to use the bureaucratic system of legal rights, which seems to be as misguided as attempts to reconceptualise nature as 'ecosystem services'. Both routes contribute to what Wordsworth called the laying waste of our powers, both encourage the escape from the body into the head, from passion to argumentation, which have led us into this mire.

We should remember Mary Midgley's warning about taking the image of mother earth as the wounded mother too literally:

'This medical imagery at once made it much easier for scientists to accept the notion of Gaia. When the point is put in medical terms, they begin to find it plausible that the earth does indeed in some way function as an organic whole, that its climate and oceans work together with living things to maintain a normal balance, and that what gravely upsets any part of the system is liable to upset others. They can see that, for such a whole, the notion of health is really quite suitable. And of course they find the patient Gaia, lying in bed and politely awaiting attention, much less threatening than that scandalous pagan goddess.' (Midgley, Science and Poetry, p. 181)

But none the less the idea of the killing of nature by those who are guiding our policy, as demonstrated in today's National Planning Policy Framework, can help us to explain our own sense of despair and rage, and to realise that what they lack is not evidence but spiritual or moral wisdom. We should not follow them down their bureaucratic roads to nowhere, but rather affirm our shared love for mother earth and reframe our politics so that we use the power of this love to sweep away the nonsense of costing and enclosing the earth.
. Tweet
Posted by Molly at 08:26