Systemic Failures too Great to Face? 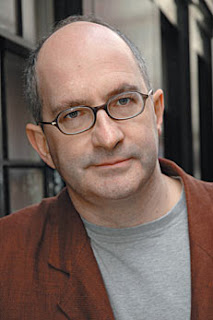 I've been reading John Lanchester's book Whoops! about the financial crisis and finding it entertaining but somehow disappointing. It seems to offer evidence that, as T. S. Eliot would have it, 'human kind> Cannot bear very much reality', and when we cannot bear any more we go into denial.

I have to congratulate Mr Lanchester on fighting his way through the verbiage of abbreviations that hedge around the illicit and immoral activity of the City, but where we part company is at the point where he tells us that credit is essentially good for you, that debt works. Perhaps I should not have been surprised, since the book begins with stories of the young Lanchester and his father, who was not only a banker, but a banker based in Hong Kong.

The extended analogies explaining CDOs or securitization in terms of your mortgage or your neighbour's loft conversion are perhaps necessary, but essentially misleading. As Lanchester makes clear, government debt works more like personal debt than like corporate debt, which means we have to work hard to pay back both, whereas bankers and investors do not. But he does not question this. Eventually he admits that 'In practice, the personal-finance example breaks down here, because you can't lend money to yourself and create credit in quite this way. But large financial institutions can and do.)'

This is just one example of the way in which the book is explanatory but not critical. The author makes no attempt to explore how financing public spending through private finance necessarily advantages those who control capital. Nor does he have any inkling of the environmental problems that debt-based finance causes. In Lanchester's world, the economy would be marked by a steadily rising growth trend and managed by decent men in tweed jackets, not unlike his father perhaps.

But this is to miss the point that the growth of a capitalist economy is self-reinforcing, so that busts are inevitable. And it is to entirely overlook the fact that a limited planet makes it imperative to find a way of creating money that does not rely on such exponential economic growth.

The members of the establishment must have had their faith severely shaken by the financial crisis, when those who manage the messy world of finance on their behalf so riotously messed up. This is enough reality for one decade; to consider that the system of which they are the pillars might be inherently messed up would be too much reality to bear. Tweet
Posted by Molly at 16:29