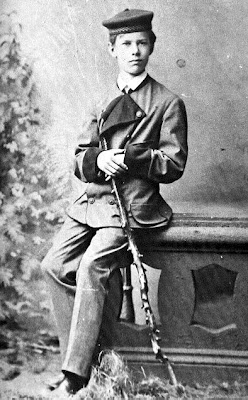 If you've studied sociology or politics you have probably come across Max Weber. When I was a student he was set against Marx as the rational, thoughtful one compared to the dangerous firebrand. A sort of George Harrison to Marx's John Lennon.

Weber's most famous work is The Protestant Ethic and the Spirit of Capitalism. In the sort of friendly, interesting writing which no modern academic could get away with, he draws vast and interesting theories around the relationship between the culture and belief system brought in with the Reformation and the economic system that developed in the following centuries.

The link that he made in his work that is most often reported is that between the focus on the hereafter and the nature of economic activity. On the one hand the workers, what economists might think of as 'labour', were encouraged to be patient in their vocation, accepting their lot and perfecting their personhood, however lowly, to ensure glory in future lives. As George Herbert has it in his nauseating poem 'The Elixir':

A servant with this clause
Makes drudgery divine :
Who sweeps a room as for Thy laws,
Makes that and th' action fine.

On the capital side of the equation, owners are also restrained by Puritan ideology from making a show of their wealth or spending it in personal indulgence. This facilitates the accumulation of capital and its investment in further business development. Thus Weber's theory helps to explain the seeming paradox of so many Quakers and other religious men establishing such thriving business empires. There was no conflict between God and Mammon because they didn't enjoy the fruits that Mammon offered.

A recent episode of Thinking Allowed discussed a less well-known concept in Weber's work, that of disenchantment. Weber used this word advisedly, to refer to the way in which Puritanism denied and rooted out the mystical and magical practices of the Old Religion. Catholicism had struggled in vain against such popular customs as well-dressing and the maypole and hence the innate human desire for ritual and the according of spiritual value to natural features had continued to be expressed. But the Puritans desired that wisdom should come only in abstract form, direct from the word of God. Before the bible was translated for many it was meaningless incantation, since it was in a Latin they could not follow.

The programme is still available for download as a Podcast. It has led me to wonder how we might reenchant nature, and what that might imply for the way we negotiate our use of her resources. Tweet
Posted by Molly at 11:13