It Depends What You Mean by Depends 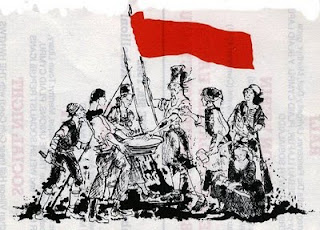 Thanks to the Green-Left list, my post on the motion to conference called Living within our Means has attracted more comments than any other. The point of the motion was to stimulate a debate about the relationship between green economics and a policy response to the public-spending cuts so this seems to have been achieved. Those with stomach for more may enjoy reading the longer version of my reasons for proposing the motion, which were published in Green World.

I am sure there are highly technical answers to this question that inhabitants of the Ukraine more than 30 years old probably know clearly, but which are a mystery to me as the beneficiary of a capitalist education during the Cold War. Being of a similar vintage I can remember in my student days the heated debates in the Labour Club about whether the Labour Party should abandon Clause IV, which dealt with the ownership of the means of production. That seems to me key to being a socialist party, and since it has gone, I fail to see how Labour can claim to be one.

My own sympathies lie with the guild socialists, who lost out in the struggle for power within British 'socialism'. Their vision of self-reliant communities where craftspeople were organised into co-operatives which sold the goods they produced without anybody extracting value seems close to the green vision of a sustainable and just economy. We might argue about which sectors of our national economy are sufficiently important as to need to be democratically managed outside the market - health is obvious agreed by consensus, but what about housing? energy? water? - but beginning with local and co-operative ownership seems closer to the green way than nationalisation.

More generally, my belief is that the struggle between capital and labour that characterised the 19th and early 20th centuries has been superseded. The most important form of emancipation we can undertake today is from what Bob Marley called 'mental slavery', in this case the mental slavery of accepting the capitalist definition of ourselves as 'wage slaves'. We should not march for the right to work or fight for full employment; rather we should understand and challenge the system of money creation and resource ownership that leaves us in the weak position to begin with. Tweet
Posted by Molly at 13:16