We've got the contraction, what about the convergence?

The most promising plan that the world can sign up to in order to reduce CO2 limits is Contraction and Convergence. It is appealing because it is simple and fair: under the plan every person on the earth has the right to emit an equal quantity of carbon dioxide. This sidelines the discussion about whether the US or China is the worst sinner, since in these terms the US loses out every time. No wonder that the proposal - nor anything similar - was not on the table at Copenhagen.

'Contraction' and 'convergence' are not attractive words and it is hard to imagine people marching the streets shouting 'What do we want?' 'Contraction and convergence', 'When do we want it?' 'Now!'. But what the plan neatly does is to link the need to limit economic activity to the need to share its proceeds fairly. Part of the reason governments are addicted to growth is that it allows them to sideline issues about distribution. Now that the world has run up against planetary limits, the link between the greed of a few and the need of the many is going to be harder to avoid. 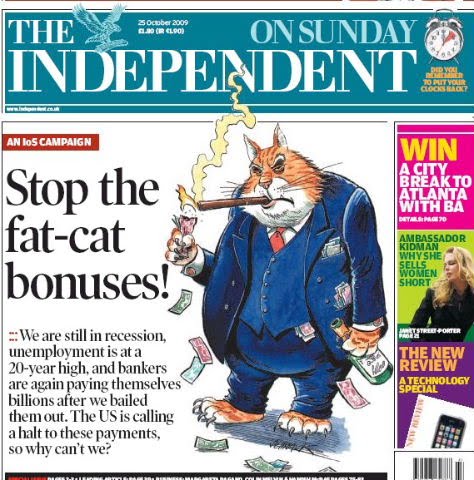 But surely the same applies in our own country. The origin of the UK's economic collapse was clearly in the debt-ridden financial system and the government bailout, but for many green-minded economists, a shrinking economy could be a step towards living more in balance with what the earth can provide. Our proposals would require a reduction in consumption levels from those of the debt-fuelled binge of recent years.

The other side of our argument is that the smaller quantity of stuff would have to be shared fairly, so we cannot have sustainability without equity and we should not have a contraction of our national economy without a convergence in our levels of wealth. This is a proposal we could make in our own workplaces: if jobs are threatened and pay cuts loom, we should propose that the shortage of cash is addressed by reducing the wage differentials.

Recent evidence has shown clearly that inequality is the root cause of many of the social evils of 21st century life. It is also a driver of environmental destruction. The recession gives us the chance to argue for a better, fairer sharing of the earth's resources. Contraction and convergence is just as relevant domestically as it is globally. Tweet
Posted by Molly at 09:26