Cuts and the City 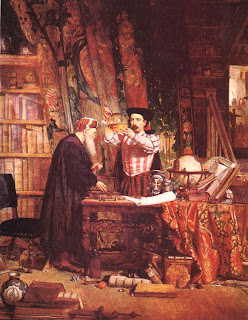 It must be because we are living right through the middle of one of capitalism’s periodic adaptations that it is so difficult for people to observe and interpret what is going on. The previous avatar of this oppressive economic beast was the greedy asset monster. The inflation of house prices and stock prices made us all feel like winners, but only some of us could ever afford a yacht and a trip to Dubai. For most the book price of the house we live in was always an irrelevance: what mattered was the fact that we had to work so many more hours to pay for the same house.

This financial bubble has burst and the market alchemists, having lost their power of turning debts into assets, are casting around for the next trick that enables them to extract an unfair share of the nation’s wealth. The massive transfer of value to the banks must be repaid by the sweat of the brows of the country’s workers, apparently. The pain will not be shared equally; those who control capital will still avoid work but have access to cheap finance.

In a democratic system we might expect to be able to vote about whether we consider this the best way forward. But no political party has the courage to suggest that a different financial settlement might be preferable – one that removes the mediating power of finance that comes between work and well-being. Lest we dare think of a fairer outcome, the voices from the City are quick to let us know that they will be downgrading our stock unless we rapidly increase the rates of tax we pay. Just as the IMF punishes the countries of the South that dare to put the interests of their people before those of global finance, so the banksters and their spin-doctors terrify politicians with talk of Moody's and Fitch's and the dreadful prospect of ending up like Argentina or Greece.

The media supported the asset phase, with its TV shows encouraging us all to morph into tatty interior designers or pocket-sized Rachmans—and our rag-rolled homes and steam-rollered private tenants bear the scars to this day. Now they have followed the financial creatives into the next phase, persuading us all of the need to live within our means (by which they mean take a smaller share of the pie, not take account of the environment) and willingly accept higher taxes and cuts to public services. Tweet
Posted by Molly at 19:01