Tobin or Not Tobin

At first blush we may be surprised to hear Adair Turner, the closest thing to crumpet the City ever produced, supporting a tax which has long been proposed by those who oppose financial speculation, the casino economy, global capitalism and everything the City stands for. But if we dig a little deeper we begin to see that this may be a very cheap way out of a very deep hole for our sharp-suited adversaries. 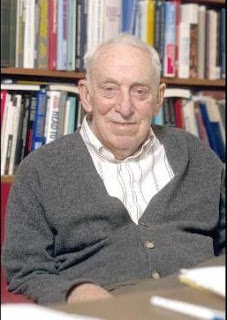 James Tobin was far from being one of us, and in fact was rather offended that it was the anti-capitalists who picked up on and propagated his idea for a tax on currency speculation. Until he died in 2002, his had been a fairly typical career for an orthodox economist: teaching the bogus ‘science’ at Harvard and Yale, advising the government on same, a seat on the board of the Fed., and a ‘Nobel Prize’ for developing an econometric modelling technique. How disturbed he would be to find his idea working against everything he stood for from beyond the grave.

It should be made clear that the Tobin Tax, which would be levied on all international currency transactions, is proposed at a tiny rate. Tobin originally suggested 1% and even lower rates are now being bandied about. The fact that it is worth introducing a tax at this rate indicates the vast sums of money that move across the international currency exchanges every day. Taxing may extract some of that value to be invested in worthy projects, but relating the tax inversely to the length of time the investor holds their investment would do so more effectively. This principle could then be applied to investments in general, discouraging the short-termism and rapid movement of investment cash that so destabilises the real economy.

The Tobin Tax is Green Party policy and is a good step towards gaining some return from currency speculation for the public benefit. The fact that the financiers are so opposed inclines one to support. The idea for the tax grew out of the last financial crisis – when Nixon unilaterally dismantled the international financial architecture that had been agreed by a group of nations at Bretton Woods, following the Second World War. It may be part of the solution to the current crisis, but only in the context of a new international negotiation, and one in which all countries engage on equal terms. Tweet
Posted by Molly at 08:26