An Economy with Soul 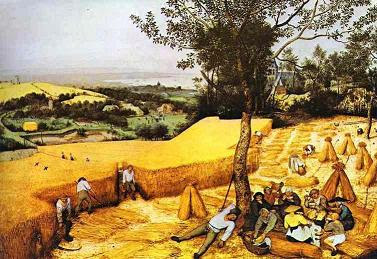 I can't remember who it was who told me that we need to overturn the God of the market: GOD = Grow Or Die. This is obviously a necessary condition for moving our economic life in a sustainable direction, but we need something deeper and more soulful to go along with this: a shift in consciousness.

For a while I've been thinking about a paper to respond to R. H. Tawney's Religion and the Rise of Capitalism in which he argued that the personal ethics engendered by the Protestant religion were crucial in underpinning the development of the new economic system as it developed in the 16th and 17th centuries. I see a parallel with the growing interest in mystical and anti-materialist religions amongst many of those who are building the new economic and social paradigm.

I spent the nicest three days of my holiday at Druid Camp, handily close in the Forest of Dean and - naturally - blessed with beautifully sunny weather (although we were all quite capable for worshipping mother nature in all her different moods). In contrast to the academic conferences I go to, the workshop conveners all spoke from their hearts and so were constantly enthralling.

From a shaman I learned how the world appears if you believe that every aspect of the material reality has a deeper spiritual reality or consciousness. How could this type of understanding contribute to a new consumption ethic, one which includes reverence for the natural world? Many of us do this to some extent when we give thanks for our food, or recall the spirit of the animal that died if we are meat eaters.

The traditional role of the shaman in animistic societies is to move between the seen and unseen worlds. S/he is also responsible for identifying what parts of the physical world can be taken into our bodies, hence their role in experimenting with mind-altering (because toxic) plants. The deeper relationship with the enviroment we are seeking as we build a sustainable economy can be usefully informed by this sort of wisdom. Tweet
Posted by Molly at 13:34