What is trade really for? 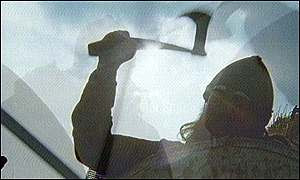 If we think our way back to the earliest historical example of trade we can recall, the Vikings or the Hanseatic League, perhaps, the first thing you notice is that the trade was an exchange of exotic items that were not available in the locality. The Vikings brought Baltic amber to the Dark Age Britons, who sent back tin or gold in return. If the traders had had nothing we could not find at home we would not have involved ourselves with them. How simple life was in the happy days before capitalist exchange!

The early economists also theorised trade as an exchange of goods that could not be produced locally. In Ricardo’s theory British woollen goods are exchanged for Portuguese wine. The sleight of hand that underpins the ‘Trade is Good’ mantra is his theory of comparative advantage. It is clear that if you have a British climate, you cannot have an absolute advantage in the production of wine. There are inevitably going to be countries where the sun shines for more of the year whose citizens can produce better wine more cheaply. But what of the situation facing a country that is less efficient in the production of all goods than its neighbours? According to the theory of comparative advantage it will still gain from trade if it focuses on producing the goods it can produce most efficiently with its own resources.
The reason this is a sleight of hand is that there are assumptions built into the concept of ‘efficiency’ that are not politically neutral. For one, the trade that takes place is denominated in a currency, and that currency is owned and controlled by a nation-state which can therefore use it to gain advantage in the trade. This explains why the East Asian tigers and now China are benefiting far less from their trade with the USA than are that country’s citizens. It also explains why the USA is so keen to open up trade with the poor countries and persuade them that this is their best route out of poverty, rather than self-sufficiency.
The gains from trade, whatever one’s degree of productive efficiency, are determined by the terms of trade, which are always dependent on the relative levels of political or military power. The Vikings were traders, but they were also thieves. Some of their trading was always carried out in terms of offers people found it very difficult to refuse. The sorts of negotiation conducted today at the WTO are little different. The USA and EU use their political and military influence to achieve trade settlements that suit their interests, limiting the prices paid for the sorts of goods—raw materials and textiles—which the poorer countries have to offer.
Tweet
Posted by Molly at 16:00