Does the Hinkley Deal Involve Subsidy? 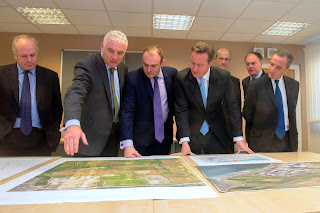 There has been some confusion since Ed Davey’s announcement of the details of the plan for building a reactor at Hinkley C in Somerset, and some of this confusion may not be accidental.


First, we have the issue of whether the government is in a position to make this decision. In fact, it is not. Any arrangement that involves explicit or implicit subsidies needs to be investigated under the EU’s state aid rules which are ‘forms of assistance from a public body, or publicly-funded body, given to selected undertakings (any entity which puts goods or services on the given market), which has the potential to distort competition and affect trade between member states of the European Union’ (definition from the BIS website).

During parliamentary questions on 15 May to Michael Fallon, Minister of State for Business and Enterprise, Martin Horwood, MP for Cheltenham, asked the minister ‘how he proposes to comply with the standstill obligation in EU state aid law if he enters into an investment contract or sets a strike price before the European Commission has decided whether to approve such measures’. Fallon replied that ‘Any investment contract, if offered, will contain a condition dependent on a state aid decision from the European Commission’ (Hansard, 15 May 2013).

The minister’s clear view is that the setting of a strike price for energy will require a consideration by the EU Commission in terms of its compliance with competition law, law that relates specifically to the granting of state subsidies that may distort competition. Hence we can infer that the minister himself believed that this arrangement amounted to a public subsidy.

This appears to contradict the statement made on Monday by Ed Davey that ‘For the first time, a nuclear power station in this country will be built without money from the British taxpayer’. This is a carefully phrased statement, since the strike price is an implicit guarantee while the insurance against increasing costs are a risk on the public, which is to say nothing of the responsibility for disposing of the waste the plant generates.

While Davey is nervous about breaking his previous pledge that there would be no subsidies for nuclear, South-West Liberal Democrat MEP Graham Watson is not. As reported back in April he told the somewhat 'Business Green' that he supports subsidies for nuclear power in the South-West. Watson'defended the UK government's right to offer hefty state aid support for new nuclear reactors'.

Specifically in relation to Hinkley C, back in May the minister was asked by Paul Flynn at what stage the negotiations with EDF had reached. The minister replied that ‘in the case of Hinkley Point C, the Government have committed to provide summaries of reports from external advisers and analysis on the value for money of any contract agreed’. These reports were not forthcoming on Monday and I would be interested to see them if anybody knows where to track them down.
.
Tweet
Posted by Molly at 14:51