Inside the World Trade System: Financial 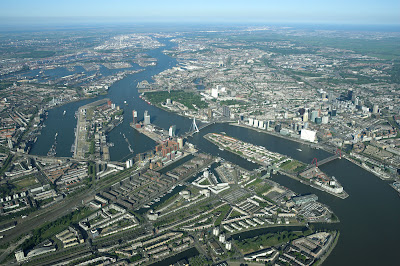 Leaving Natal on the north-eastern coast of Brazil for Europe we had expected to enjoy tropical fruits at every meal, but we were to be disappointed. The chief cook, we were told, bought all fruit in that well-known fruit-growing paradise The Netherlands. The absurdity was made worse by the fact that our cargo included 140 'reefers' or refrigerated containers, many of which contained fruit bound for the European market.

We questioned the captain who told us that fruit is cheaper in Europe than in Brazil--even tropical fruit. He told us of carrying a cargo of melons across the Atlantic on his own ship only to discover that the price for the fruit was less after the voyage of some 8,000 miles. This is a clear example of the inequities of the global trading system which ensures that while the Brazilians grow the fruit the profits are made in Europe. It is also evidence of how global inequality is now the result of currency fixing, since the Brazilian real is high relative to the Euro.

The captain also told us about a voyage where he had carried grain to the port of Philadelphia, where he unloaded it into a silo and took his ship into dock. The following morning he returned to the same silo to reload the grain, which he then carried back across the Atlantic to be sold as US grain.

Maersk are the lords of the sea, with the largest fleet of the fastest ships. This Danish based company has ruled the waves since 1996 and has its own designated areas in the large ports. All shipping gives way to their monstrous vessels, which are also some of the fastest on the sea. You will know the other companies that control this vast trade in containers from reading the logos on the sides of lorries: Hamburg Sud and Hapag Lloyd (both German owned), Marfret and CMA-CGM (both French owned).

The logistics of the global trading system revolve around Rotterdam, which is where the world's container fleet stop for refitting and for purchasing supplies. It seems that the trade wars between the Dutch and the British that began in the 17th-century have been won by the Dutch although perhaps only because the British decided that to actually touch the physical aspects of trade was beneath them and focused instead on the finance and insurance. Although the purpose of containerisation was to mechanise and remove the need for (unionised) labour, the number of jobs that have been lost to the UK is vast:  the Port of Rotterdam website estimates that 87,000 people are directly employed there. the multipliers are clearly also significant. Britain is now responding by dredging a huge area of land near Tilbury for the creation of a vast container port called London Gateway.
.