How to Solve the Eurozone Crisis 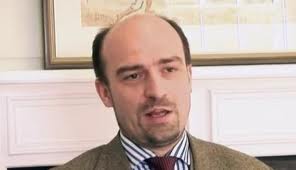 Inter-war Germany may not be the place you would look first for advice on tackling tricky financial issues, but on the other hand somebody did manage to move the country from the situation where you needed a wheelbarrow to buy a loaf of bread to the country that could afford to spend so much on arms that it could rapidly conquer the whole continent. That man was Hjalmar Schact: he was not a magician but rather a financial expert who was not in hock to financiers. That is a rare commodity and one we are in desperate need of just now.

What a coincidence, then, that I spent yesterday at a conference with Professor Richard Werner of Southampton University. A modest, self-effacing man, he has nonetheless managed to persuade the Telegraph's City correspondent to suggest something like the Schact Plan to solve the Eurozone crisis. The solution is simple: create enough money through quantitative easing to buy back the bad assets. According to Hurley, Werner then suggests that governments should stop selling bonds but rather 'fund themselves through loan contracts from banks in their countries', which strikes me as rather odd when the more obvious proposal would be simply to continue to issue money as public credit.

What Richard does not tell us is what backed up the creation of vast amounts of new German money that Schact created. That is a point I covered in my book Market, Schmarket back in 2006. I like this better now, because it reminds us of the importance of land. Effectively, Schacht used the German land and its wealth as collateral:

‘Once confidence in a currency is so severely damaged the only feasible response is to create a new currency, which was a process managed by the Finance Minister Hjalmar Schacht. In November 1923 he created a new parallel currency called the Rentenmark; to create confidence it was backed by land, in this case the most solid asset of the German economy. The Rentenmarks allowed economic transactions to take place within the economy, although they were not legal tender, had no fixed relation to the Reichsmark they replaced, and could not be used for international payments. This made the Rentenmarks speculation proof. Bizarrely, much of the speculation against the currency that had destroyed it had actually been funded by loans from German banks. In The Magic of Money Schacht explains how the Reichsbank made loans to support the speculation against the German currency. Thus the government, which has always been blamed for economic mismanagement and for printing too much paper money, was not primarily responsible for the inflation. By 1924 the Rentenmark and Reichsmark were being treated equally and the Rentenmark could be withdrawn. The lessons of the German hyperinflation are twofold: first, that financial speculators’ only motive is to make profits and that they are unconcerned about the social and political consequences of their speculative activity; but, nonetheless, governments can use political power to control this speculation if they wish, exposing the myth of powerlessness.’

It just so happens that we are looking for an independent and skilful financial expert for a rather important job just now. I have suggested to Richard that he put together an application for the top job at the Bank of England. If he is agreeable we could start an interesting campaign, especially as the man who invented quantitative easing has much stronger credentials than most of the current front-runners.
.