A Matter of Life and Debt 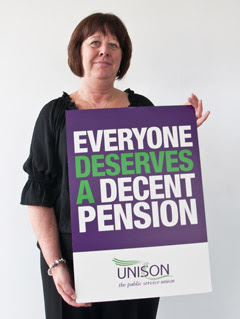 There has always been something about the nature of pension calculations that is faintly unsavoury and few roles in life can be as unattractive as that of the actuary. While we all take a vague interest in our life expectancy as well as our life expectations, we frequently balance these with superstitious and childlike attempts to ensure our health and well-being, whether these take the form of prayer or sporadic bursts of jogging. For the actuary, the minute calculation of the likelihood of death from a range of causes is the bread-and-butter of life.

On Wednesday we will see millions of the people who ensure that we live long and healthy lives, and that we enjoy high standards of well-being, going on strike to protect their own security in a retirement they hope to live to see and to enjoy. Investing in a pension is itself a gamble, since a significant proportion of people die before reaching the age of 65. As retirement ages increase and the pension funds those working in the public sector have saved become the subject of the acquisitive attention of politicians, the risks can only increase, making the prudential decision to invest for your old age a much less appealing one.

A rational government would applaud the regularity with which those working for the public sector save for their old age, rather than attacking the union officials who encourage them to do this, and then defend the conditions under which those savings are paid back to them in retirement. Such a government would also value the contribution to the life of the nation made by these servants of the public, rather than consistently downplaying it relative to the 'wealth creation' of the private sector.

More typical of private-sector motivation and value-system is today's news that Rolls Royce has agreed a 'longevity swap' with its pension provider, meaning that it is gambling against its employees ability to live a long and healthy retirement. The company has transferred its unwillingness to countenance a large number of retirement years on the part of its former employees to Deutsche Bank financial services. As pension shifts from being a system of care and mutual support to one of risk and financial reward, one cannot help wondering how long it will be before we are offered a cash incentive to do the decent thing, and make away with ourselves before our allotted time. A moral hazard if ever there was one.
. Tweet
Posted by Molly at 12:25