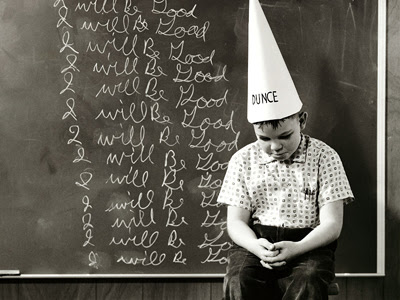 Downing Street correspondents have reported today that the Prime Minister Gordon Brown was able to use the three letter word 'cut' for the first time. His closest advisors had been working for several weeks to bring about this development, which is now heralded as proof of the success of the government's education policies.

Opposition Leader David Cameron, who has been able to use the word cut for nearly two months, has poured scorn on this achievement, while government critics have argued that Cameron's precociousness is evidence of the superiority of the country's public schools.

Molly Scott Cato, who speaks for the Green Party on economics, has been using two words in conjunction for the best part of a year. The first word, 'can't', involves the sophisticated usage known as a contraction, while the second, again only a three-letter word, 'pay', nonetheless indicates a wide range of vocabulary for one so relatively inexperienced.

A group of unemployed graduates who were questioned suggested that the Prime Minister had actually been referring to the leader of the opposition when he used the word, and that it had been misheard and might, in fact, have actually included four letters. A government spokesman was unable to substantiate this rumour. Tweet
Posted by Molly at 17:37