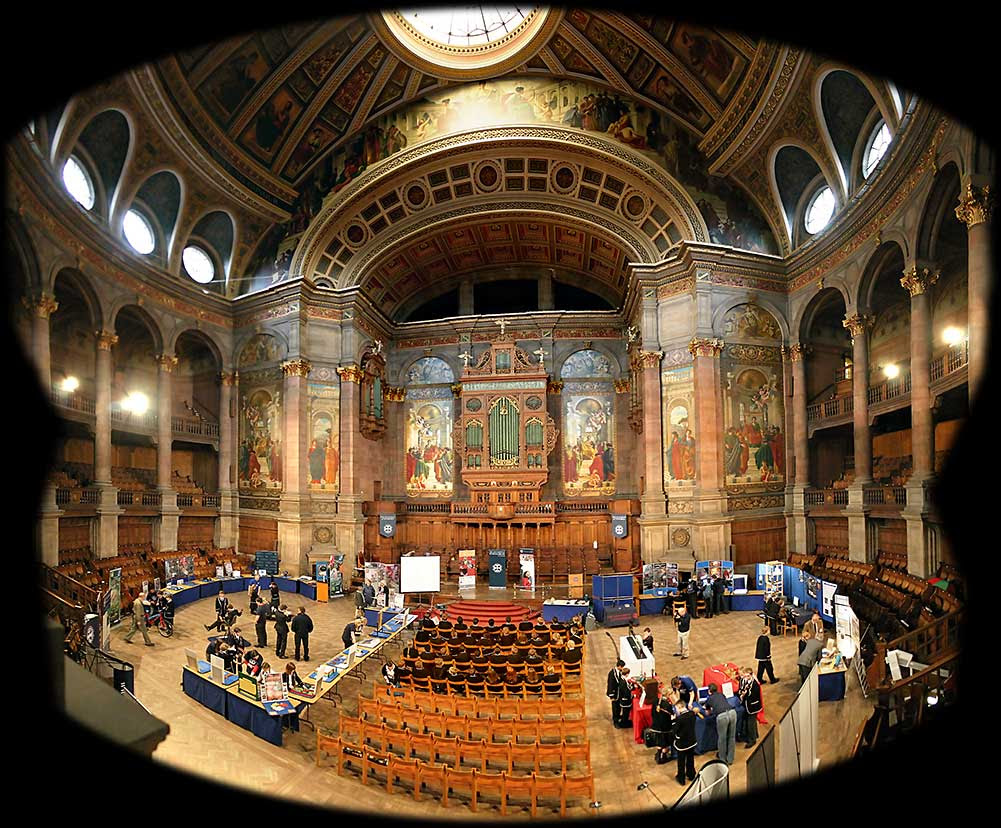 My musings on the value of public goods were enhanced by a recent trip to Scotland. It is a noticeably more public-spirited country than England, whether you measure this in terms of public space, public transport or even public toilets. Ok, I was in Edinburgh, Scotland's wealthiest city, and it was beautiful weather, but the state of care for buildings and parks really struck home - not to mention the fact that everything was free.

I was in Edinburgh to see my son graduate, a delightful event which involved him being tapped over the head with a hat made from a pair of John Knox's trousers - as legend has it - and which took place in the McEwan Hall. I was planning to write a blog contrasting the continued commitment to erudition of Scotland's universities with the money-grubbing that has sadly tarnished by own Alma Mater where, if I were to study today, I would find myself in the Said Business School.

But of course the Mr. McEwan who funded the hall is the same man who is responsible for generations of drunken Glaswegians, just as Bristol University was funded by the Wills family who destroyed the lungs of several generations of working people. But am I too deluded to think that their attitude towards the university would have been one of deferential respect? And that this would be in stark contrast to Mr. Said, who probably condescended to donate his millions merely to buy some PR?

Since HE became swallowed up into the business brief (when we moved in the Department for Innovation, Universities and Skills which was later merged into the Department for Business, Innovation and Skills, making clear our key role as provider of creative thinkers for business), it has been clear that the government's view of universities is simply a training institution for corporations. Our role now is to teach 'academic skills for business' and the closer we are to an out-sourced training institution the happier are our paymasters. This is a disaster for our academic freedom, but also for the country. Since our research is now held within the straitjacket of business thinking, we cannot solve the problems of the world if those solutions might (and let's face it they usually do) result from the activities of said businesses. Tweet
Posted by Molly at 10:57