A New Ethic of Consumption 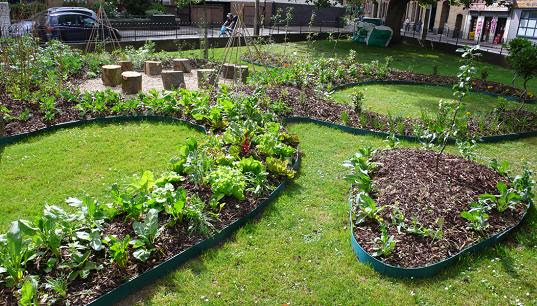 Let's start with a cliche: you are what you eat. I've been interested by the growing number of people who have food allergies and digestive problems. Of course some of this results from stress, and no doubt post-modern, identity-related orthorexia has something to answer for too, but would it be too fanciful to suggest that we have treated our environment badly and it is now biting back?

Eating is the most direct way in which we come into relationship with our environment by literally consuming bits of it. In this act we cannot deny our dependence on the natural world around us. Some of my more consciously spiritual friends remember this by giving thanks to whatever they believe in rather than thoughtlessly tucking in.

There are other thoughtless ways in which we can consume the environment. I recently spent a delightful weekend in the Peak District, which was somewhat spoiled by a band of sweaty fell-runners. I'm sure that many of these guys, for such they were, love mother nature as much as I do, but the fact that they were delivered to one side of the peak in question in a minibus and then collected by the same bus 30 minutes later on the other side suggested a significant limitation of their commitment to the environment they were consuming.

So I would like to join the call for a rethinking of our consumption of nature, whether in food or leisure. More than a source of internal combustion, food is a gift, the most basic way in which we can acknowledge our dependence on nature in our daily lives. A chance for a meditation of re-embedding. At a seminar I attended in Belfast recently Peter Doran referred to this kind of practice as 'askesis', a sort of lived philsophy. A way we can inhabit our bodies as part of our environment and distance ourselves from our minds and the destructive discourses of consumption they have bought into.

I'd like to think that the rapid growth of interest in edible environments and edible estates is an indication that such a process is already underway. It seems to me it offers hope of 'the great re-embedding' that is the route to a healthier relationship with our planet. Tweet
Posted by Molly at 15:12