The fact that, as a national economy, we operate with a large and growing level of debt is now accepted as being unproblematic. Yet, as well as being a way of mortgaging our future, the national debt is another mechanism for transferring money from poor to rich. The government borrows money by selling bonds in itself, i.e. a promise to pay the purchaser the sum they invested plus an interest payment at some specified future date. The interest on the bond is paid from taxation income. Since the creation of the Bank of England in 1694 it has operated as a manager of the government’s debt, which it has managed to the advantage of its rich investors. The Bank’s website quaintly states that ‘the public’ were invited to subscribe, although we can imagine how many butchers and seamstresses contributed to the £1.2 million initial capital stock. To the poor debt represents fear and loss of control; to the rich it is an opportunity to use their money to make more. Government debt is the ideal form, since there is no risk involved and if all else fails you can claim you own the country!

Criticism of the national debt is a common thread in radical economics. For poor countries national debts force them to engage with an unfair trading system to generate enough foreign currency earnings to pay the interest. They are tied into a system of debt-bondage with which the rich countries replaced their more unsightly imperialist policies. The national debts of rich countries are less immediately troubling, since if you have a reserve currency at your disposal you can accrue as much debt as you need. In this setting the debts are rather a pump that operates to transfer money from the poor to the rich, since the earnings on government bonds are paid for through taxation of those who have to work because they do not have 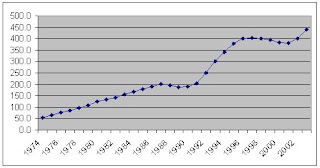 Shelley identified this fraud nearly 200 years ago when he wrote, in 1820, that ‘the public debt is a system for transferring income from the labouring segment of the population to those who’ had money to lend to government and would thus accrue interest, and who profited from government expenditure in wars. He related this process to the debasement of currency through the printing of paper money, noting that once a real link with gold is broken: the system of money creation thus enables those with power to use money to extract labour from others: ‘to increase the labours of the poor and those luxuries of the rich which they supply . . . to augment indefinitely the proportion of those who enjoy the profit of the labour of others as compared with those who exercise this labour.’ His radical conclusion is that the consequences of this new system, which we would now have the benefit of calling ‘capitalism’, ‘have been the establishment of a new aristocracy, which has its basis in fraud as the old one has its basis in force’. Tweet
Posted by Molly at 20:26