Money is one of the most marginalised issues of our time. Most people never ask themselves or others questions about where money comes from, what it is, or who controls it. This is a shame, since money quite clearly lies plum at the centre of an economic system that is not called capitalism by coincidence. As David Korten said, ‘Capitalism is the use of money to make money for those who have money’.

This question has become even more pressing in the post-globalisation version of capitalism, where money no longer operates as a tool facilitating trade in products, but is used to make money directly by various confidence tricks in a system which is now commonly referred to as ‘the casino economy’. The creation of money by banks was originally intended to facilitate the exchange of goods. However, from the start a range of financial scams have been perpetrated which remove this need to get your hands dirty making things.

It is no coincidence that globalisation as represented by the vast expansion of trade in goods occurred simultaneously with the liberalisation of financial markets. Countries which had once attempted to maintain political control over finance through setting interest rates, controlling the activities of banks, and through credit and exchange controls were persuaded that further capitalist progress required the market to take on these functions. Money can now be used merely to generate more money for those who have it, leaving not production but finance to play the central role in the global economy: ‘Of the total international transactions of a trillion or so dollars each day, 95 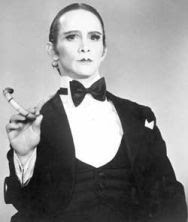 per cent are purely financial.’

Money is useful for the obvious reason that it enables you to pay for a luxurious lifestyle, but more importantly to those who control capital, money gives them a claim over future production so that over time they are enabled to accumulate an unfair share of a community’s resources and power.

There are few subjects in modern life about which so many lies are told and so many misunderstandings encouraged, both politically and personally, than about money. It is, in fact, neither the root of all evil nor what makes the world go around. It is a neat but deceitful political tool that enables those with power under a capitalist system to exercise that power to generate an unfair advantage for themselves. This is why I am launching a strand of this blog to present the issues surrounding money in bite-size chunks.

Readers who have not delved into the inner workings of the financial system should be warned: you are in for an exhilarating but bumpy ride. You should not be surprised to find yourself thinking ‘I just can’t believe it’. I have frequently felt that way myself when embarking on a similar journey. The disbelief is similar to that experienced when watching a confidence trickster, but be assured that, just because the show is good and you have believed it for a long while, that does not mean that it is true. Tweet
Posted by Molly at 10:14