Can advertisers sell us less? 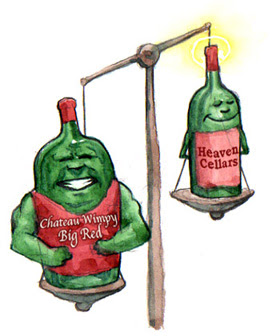 Many years ago advertisers used the slogan 'Less is more' to sell us unnecessary items, a famous example being the Apple Powerbook laptop series in 2004. As the reality of ecological limits begins to bite into the confidence of late capitalism we are going to see this sort of double-think with increasing regularity.

I recently noticed an offer that Oxfam are running in conjunction with Marks & Spencer where you can take the clothes you were persuaded to buy as a result of the latter's advertising into the charity shop. They will sell your 'unwanted goods' with the proceeds going to the poor world - and in return M&S will give you a £5 voucher to buy more unnecessary items.

Since you cannot buy any clothes - probably not even knickers these days - for a fiver this is M&S giving you a small amount of money in order to receive more back. They presumably gain kudos from being associated with a development charity, but I wonder if they are also seeking 'green sheen'? Could this be sophisticated market positioning to back up M&S's dubious claims of carbon neutrality?

Perhaps the argument is something like: 'we know that you are going to engage in retail therapy and be persuaded to buy clothes that don't suit you and that you will never wear. Don't change this attitude, just make sure that rather than sending those clothes to landfill you donate them so that somebody benefits!'

Since ethical awareness removed M&S as a possible source of high-quality knickers, regular readers of this blog will know about my quest for the source of this elusive item. I recently found a card advertising a site that may have been invented just for me - Green Knickers. Apparently they sell 'pants that don't cost the Earth!' and they do come in other colours too. Tweet
Posted by Molly at 18:12