Food: A Matter of Life and Death 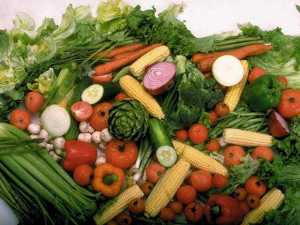 After a week of argumentation about the rights and wrongs of the £1.99 chicken I finally entered the fray - indirectly, as it happens, when a very personable journalist from The Sunday Times asked me what I thought about it. My quotation is phrased in terms of knickers rather than chickens, but that appears to be my lot. He did call Market, Schmarket 'brilliantly provocative' which is going to keep me smiling for weeks. Until I saw that written down I hadn't realised how precisely it sums up what I was hoping to achieve.

Enough of me and my ego - let's get back to chickens. As it happens I got to know some local chickens fairly well over Christmas and I can tell you that looking after them is a deeply responsible business. You just worry all the time about foxes and badgers. It is considerably worse than caring for children, who could easily see off small furry mammals whereas in the henhouse they can cause the avian equivalent of Apocalipto.

I also didn't benefit from the eggs, since I found the warmth and taste of them just too alive somehow to really be food. This pins me down as not only a townie but also a child of the sixties. Yes, I know food is part of the mysterious web of life but I prefer its life to have been removed sufficiently distantly before it arrives on my plate. And this is to say nothing of blood-spots which, since the hens enjoyed the company of a cock, could potentially have turned into chicks at any moment.

I had a similar experience while trying to eat a sea bass a former partner had proudly served up after catching it himself during a manly angling trip. It wasn't the strange muddy flavour, nor the fact that it had turned up in some rather dirty newspaper. It was the fact that I could still taste life in the fish that made me want to heave.

Perhaps I should conclude that my fate is to become a vegetarian. There certainly is something rather Buddhist about all these experiences. Yet I don't think - and my herbalist is with me here! - I'm quite ready for that yet. I tend to agree rather with Hugh Fearnley-Whittingstall's approach of forcing meat eaters to encounter the reality of the death that fills their nightly plates. I have an oustanding offer of killing my own chicken on our community farm and am thinking long and hard about it.

Life is what food is about. There is something seriously wrong with anybody who prefers dead food to living food. Since I've been eating organic I have struggled to find the word to describe the non-organic food that I, my partner, and even my daughter in school just can't stomach any more. It's just dead isn't it? Tweet
Posted by Molly at 18:21