The Entropy Law and the Economic Process 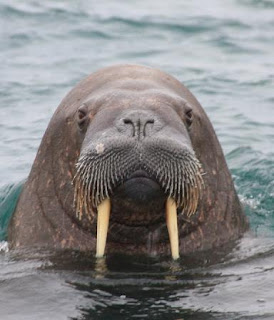 I am reading Georgescu-Roegen 's mighty work and not at the first time of trying. It is a huge, dense and rich tome, rich in the manner of chocolate mousse but similarly hard to take in large quantities. But this is August and the month when even the over-worked drones of the modern academy can find some time for reading and so I am treating myself to a surfeit of chocolate mousse and will be sharing some select spoonfuls via this blog.

For those who do not know this book or its author it is worth beginning by saying that  Georgescu-Roegen (henceforth GR) was born in Constanta on the Black Sea coast of Romania in 1906. He studied first mathematics and then statistics and economics, on a scholarship to Paris and in London with Karl Pearson. After communism came to Romania he went to the US where he taught economics at Vanderbilt University from 1950 to 1976. We probably know about GR because of the work of his student Herman Daly, who began with a fairly conventional career but seems to have been so influenced by the thought of his heretic teacher that he started taking the biophysical limits seriously and developed, with others, the school of Ecological Economics that is now one of the major critical approaches to the neoclassical hegemony.

I was drawn to the book because, unlike so many economist who began as mathematicians, GR did not remain in the abstract world of numbers and figures, trying to make the systems of life fit into the place statistics had designed for it. Rather his objective was to address the relationship between the biological world and the theorising of economists directly and honestly. Since this task lies at the heart of the interest of a green economist a careful reading of the book is inevitable. However, to challenge the discipline he was so much a part of GR needed to conduct a deep and systematic analysis of how economics worked in the middle of the last century, and it is the outcome of this that the The Entropy Law and the Economic Process presents.

GR begins with a survey of the philosophy of science, as a background to discussing whether economics can ever be a science. Here he draws in many of the philosophical greats, reminding us, for example that it was Kant's view (explained in his wonderfully titled Prolegomena to Any Future Metaphysics that will be Able to Present itself as a Science) that, rather than observing the world and then theorising from our findings, we create our theories and then force our observations to fit them: 'the understanding does not draw its laws (a priori) from nature, but prescribes them to nature' (p. 35).

GR's target, of course, is the early theorists of economics, who sought to transform economics into 'a physico-mathematical science', for example Leon Walras who, when faced with the impossibility of extending the concept of 'utility' this far apparently exclaimed 'Eh bien! This difficulty is not insurmountable. Let us suppose that this measure exists, and we shall be able to give an exact and mathematical account' of the influence of utility on prices and on other economic variables (p. 40). Perhaps it was Walras who was the original inspiration for the joke that asks how many economists it takes to change a light-bulb. The answer is none at all, because they assume that the light-bulb has already been changed.

Jevons was similarly optimistic about the potential of the new sciences and the load-bearing capacity of its concepts. Having declared his intention to rebuild economics as 'the mechanics of utility and self-interest' he waved his hand optimistically at the large quantity of data in account-books and the like as an indication of the nature of economics as a quantitative study, but 'failed to go on to explain how ordinary statistical data could be substituted for the variables of his mechanical equations' (p. 40) GR likens this to 'planning a fish hatchery in a moist flower bed'.

His conclusion on the work of these pioneers of the economic science is damning, his target its misplaced enthusiasm for mechanistic epistemology and for using logic in an inappropriate context: 'For I believe that what social sciences, nay, all sciences need is not so much a new Galileo or a new Newton as a new Aristotle who would prescribe new rules for handling those notions that Logic cannot deal with'.
.
Tweet
Posted by Molly at 08:12