Factors of Production and Fictitious Commodities 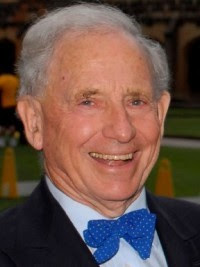 When economists address the issue of the production of goods they begin with the concept of ‘factors of production’: these can be thought of as akin to resources, but fundamental productive resources that are necessary to make anything that can later be sold in a market. This is important because, as Polanyi pointed out, labour is not labour until there is a labour-market. Before this momentous transformation people are people or citizens or even workers, but not labour.

Land also undergoes a transformation when it becomes available for sale in a market, although it does not undergo a change of name. What an economist means by land, however, is not what the layman means by land. As a factor production land includes everything that can usefully be extracted from land (including from deep beneath it) to become part of a productive process. Thus ‘the economic notion of resources is strictly anthropocentric. That is, the economic value of any resource is defined by human needs and nothing else’ (Hussen, p. 4). There is no space in this definition for land to have a spiritual or relational importance, what economists would call an ‘intrinsic value’, as it does for many indigenous people, who see the land as their mother.

Polanyi referred to land and labour as ‘fictitious commodities’. Real commodities are ‘objects produced for sale on the market’. Land, by contrast, ‘is only another name for nature, which is not produced by man’ while labour ‘is only another name for a human activity’. To refer to these basic economic elements as equivalent to goods that were produced specifically to be sold he considered to be a fiction.

The third conventional ‘factor of production’, capital, confronts us with even greater definitional problems. Within a market system, some additional force is required to harness the two fundamental factors into useful production: this factor is capital. In everyday discourse, capital might be considered as akin to money, but again it has a different meaning for economists:

‘Capital refers to a class of resources that is produced for the purpose of creating a more efficient production process. In other words, it is the stock of produced items available not for direct consumption, but for further production purposes. Examples include machines, buildings, computers and education (acquired skill).’ (Hussen p. 4)

This is a somewhat confused definition combining intermediate goods and plant with human capacities. Shann Turnbull has suggested that instead we use the phrase ‘procreative assets’ for this type of capital. But any definition along these lines excludes the consideration of money and the power money conveys to acquire productive resources and to encourage people to work to transform them into products.

For Polanyi money was the third basic element of economic production: he addressed the issue of money directly and considered it ‘merely a token of purchasing power which, as a rule, is not produced at all, but comes into being through the mechanism of banking or state finance’. Land and labour are both fictitious commodities in the sense that they are not produced directly for sale, but money is surely an even more fictitious commodity since it is called into being to enable exchange and is maintained by credibility. It therefore has the strongest claim to be a fiction.