So Long, and Thanks for all the Fish

I feel tempted to begin in the immortal words of E. J. Thribb, 'so farewell then Iceland'. The country has overreached itself and been forced to learn the lessons of hubris. I had a conversation with my son in which I said 'Iceland is bankrupt' and he asked, 'What? The supermarket?'. That is the nature of the global economy - it is quite simply beyond belief.

What is the difference between Iceland and the UK or US? For once, in economics, there is a simple answer to that question: we have reserve currencies; Iceland does not. The viking raiders who bestrode the globe arranging impossible deals failed to grasp this fact about the global economy. Only those who are part of the charmed circle can get away with this sort of behaviour. 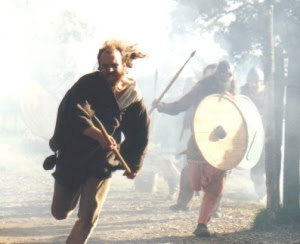 In a world of global finance, who is really backing up anybody's savings? If your bank is owned by a country with international clout it will be defended by others when the crunch comes. Iceland found itself left exposed - and rather smartly turned to Russia for help. This leverage appears to have resulted in 'support' from the IMF: the terms of this remain to be clarified.

Iceland is an object lesson in what is wrong with capitalism. Like all capitalist economies it grew exponentially and using debt rather than saved value. It ignored the fact that, with few resources other than hot water and fish, and with a population barely larger than the size of Bristol, it was always on borrowed time in its competition with the big boys of global capitalism.

But let us not be deceived by the 'one bad apple' mantra that is used to explain away capitalist disasters. Iceland was not an economic basket-case - it was just a country that played by the rules of the system without knowing its place and ignoring the crucial rule - if you are not at the top table you have nowhere to go when the creditors come to call in their debts. Tweet
Posted by Molly at 09:30