Take me to a Free University 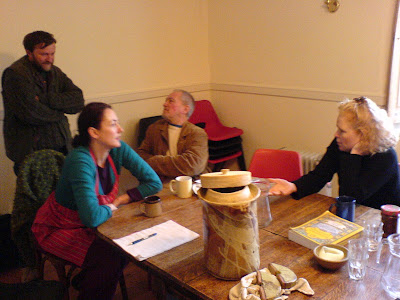 I was talking to a colleague recently about my disappointments at work and the struggle for academic freedom. She responded with a joke. A hijacker rushes to the cockpit of the plane he is on, points a gun at the head of the pilot and demands 'Take me to a free country'. The pilot responds 'Sorry, mate, this is an aeroplane not a spaceship'.

Years ago I made a plan - budget and all - to set up a Free University in Aberystwyth. We even had a building organised. It would have worked, creating half a dozen part-time jobs on reasonable salaries, charging the kids £3,000 a year. It makes you wonder what happens to the money in the universities we have. Of course if you work in those universities you know - most of it is wasted on prestige projects and administration.

A colleague recently made me think by telling me I wasn't a real academic because I write in an accessible way. I have, in the past, tried the obfuscatory prose that is the entry card to the best journals. I have to admit I can't do it very well but mainly something in me just won't do it. Why use five-syllable words and complex concepts when the ideas can be expressed in everyday language and thoughts? To justify those big, fat salaries presumably.

So, in my bioregional utopia, what would the higher education sector look like? I'm fairly sure universities would be organised as co-operatives. Since the exchange is between learned and learners the infrastructure need be fairly minimal - making it possible to have a much more fulfilling educational experience at a much lower cost. No value extracted for administration, management or buildings maintenance.

The institutions of learning would respond to their local environment and the leading industries where they are based - much as Glamorgan University was once the School of Mines. The homogenising of HE has followed the homogenising of the globalisation process so what is taught in management schools in Beijing is much the same was what in taught in management schools in Belfast.

In Stroud we specialise in sustainability so our Communiversity will showcase our achievements in this area, backed up by the necessary theory. An alternative is the proposal to create a Sustainability University of the Valleys. This proposal grows out of the permaculture principle of using the waste of one system to create the fertiliser for the new system. In this case the University will train the unemployed, working-class men of the Valleys communities to build a sustainable utopia. High hopes worthy of what calls itself higher education. Tweet
Posted by Molly at 10:34