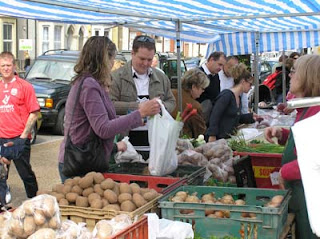 Word reached me yesterday that Colin Hines is writing again about the destructive nature of the global trade system and the need to protect our security of supply. In standard economic theory protectionism is a dirty word, the impulse to be resilient and self-reliant undermining the ability of merchants to achieve arbitrage profits. My own view is closer to that of Gandhi when he said ‘Any country that exposes itself to unlimited foreign competition can be reduced to starvation and therefore, subjection if the foreigners desire it.’

So much for theory, what about the practice of trade in the globalised economy? The governance of global trade is overseen by the World Trade Organisation (WTO) which replaced the General Agreement on Tariffs and Trade that the global body with authority in this area under the tripartite systems established at the end of the Second World War, signed by 23 governments in 1947. Its aims was to replace the chequered history of mercantilist policies based around the protection of national interests that had dominated the early years of capitalism and was considered to have been implicated in the unstable and conflict-ridden history, especially of Europe, up to that time.

The WTO ‘does not adopt a neutral stance on trade policy. It is passionately against protectionism and just as profoundly for trade liberalization', in the words of Richard Peet. In its mission to liberalize trade the WTO has proceeded well beyond the GATT’s aim of ensuring efficiency and stability and follows this imperative even when this ‘conflicts with the need for environmental protection in an age of burgeoning production, massive consumption and the use of powerful technologies’ and even when the restrictions on trade are intended to ‘protect the environment, ensure food quality and safeguard public health’. According to Peet’s critical account, the single-minded emphasis on free trade undermines national attempts to ensure environmental protection, as well as undermining the power of labour to ensure decent working conditions and acceptable levels of pay.

The failure of talks to extend the liberalization of global trade further, the so-called Doha Round, indicate that the nature of the WTO as a membership organisation has resulted in a political stalemate, with the rising nations of the South refusing to accept the terms of trade that favour the more powerful nations that have traditionally dominated trade talks. Global trade is now governed by a patchwork of bilateral and regional trade agreements, the regional agreements between the countries of Latin America (Mercosur) and South-east Asia (ASEAN) being examples of co-operation at different levels that contrast with the continued rhetorical emphasis on globalisation.

The last time we had an economic crisis on anything approaching the scale of the current one the response by the competitive world powers was to engage in trade wars that eventually led to real wars. This time around the wars seem to be being fought through currencies, while trade remains in the hands of corporations. While the objective of avoiding war must remain the priority, this does not preclude the introduction of policies to ensure national security in essential goods and services. On this basis I look forward to what Colin has to say.
. Tweet
Posted by Molly at 11:20