Argentina Learns not to Pampa Financiers 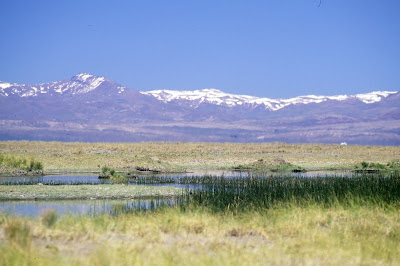 As the credit noose tightens, it is not surprising that commentators are seeking examples of countries who found their way out of unrepayable debts - and lived to tell the tale. In the case of Argentina, whose debts at the time of its default in 2001 were $81bn. - a record for the time although dwarfed by current debts - life after debt has proved to be a very positive experience.

The story is told in a couple of podcasts made by Peter Day for his World of Business series on Radio 4. A paper I wrote about Argentina's barter networks introduces this story. Caught in the orbit of the US dollar, Argentina was unable to allow its currency to adjust to the needs of its own economy, much as the smaller economies of the Eurozone are today. This culminated in a financial collapse in 2001, with the loss of huge amounts of savings by the members of Argentina's middle class.

What becomes clear from the podcast is that clever young economists within the Argentinian finance depart and/or central bank were alive to the causes of their crisis and took political control. As a recent report (pp. 58-62) indicates, refusing to pay socially impossible debts was a positive decision both in Argentina and in Russia. Default was the first step, followed by a decision not to become involved in debt again. Similar decisions by other Latin American countries actually threatened the future of the IMF - since without debtors a bank is defunct - until the credit crunch in Europe gave it a new lease of life.

With no possibility of receiving credit Argentina had to live from its own resources, which turned out to be a blessing rather than a handicap. With a massive and fertile land mass, and a popuation of only 40 million well-educated people, Argentina had nothing to fear in its debt-free future. As food and fodder prices have boomed, so has Argentina, with its government benefiting from a 35% export tax on soya production.

Another interesting lesson is the rapid growth in the 'informal' sector, which is a typical feature of many poor economies but less typical of a highly sophisticated economy like Argentina. This may also be a feature of the future of European economies. On the positive side it can be interpreted as self-provisioning and self-reliance, but its shadow side is exploitation and precarity.

The sting in the tale of the story of Argentina is that its economic success has enabled it to seek foreign finance. The credit vultures are circling and seeking their share of the natural wealth of the country. How far will Argentina's politicians remember their lesson and keep control of their national wealth?
. Tweet
Posted by Molly at 08:52