The Value of Land: A Taxing Debate 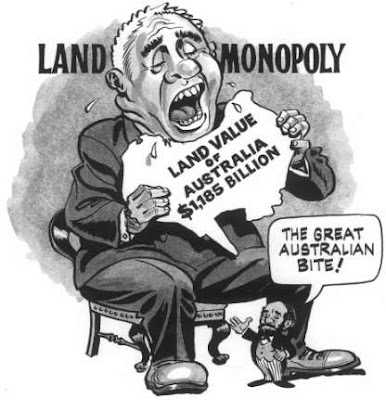 Here's an issue we shouldn't lose sight of. There are many reasons for supporting a tax on land, and there are noises from various quarters that suggest such a policy might be gaining the sort of support it needs to receive serious political attention.

Well, yes, I know you are not going to take me seriously if I follow up that enthusiastic opening by telling you that Land Value Tax is to be debated at the Liberal Democrats annual conference this year. But it is fairly historic that a government party should debate in public this very radical approach to taxation.

Of course there are many variants of how a tax on land might work and why it might be useful. To liberal economists, those who live from rents are not economically productive, so land tax encourages them to put their land to the most productive use and is thus a stimulus to economic growth. To more redistributively minded conventional economists, the windfall gains from planning decisions should not be privatised to developers but shared with the community: a tax on land values enables this.

But the reason I like land value tax is that I believe it would operate like a transitional demand. While it could be seen to be part of a market approach to the economy, in fact land ownership enables people to escape the market system and meet their needs directly from the land. Hence any move that suggests that land is a public resource, rather than a private one, and implies the value of land as a part of the common wealth moves us towards the non-market society that will maximise human happineess and protect the planet.

If this debate is new to you, you might like to read a special issue of the newsletter Tax Justice Forum which focused on the issue. If you're in the mood for something a bit more rousing and rhetorical you can check out a short speech I gave at the House of Commons during a meeting on the same theme several years ago.
. Tweet
Posted by Molly at 08:33