One Day All Money Will be Created this Way 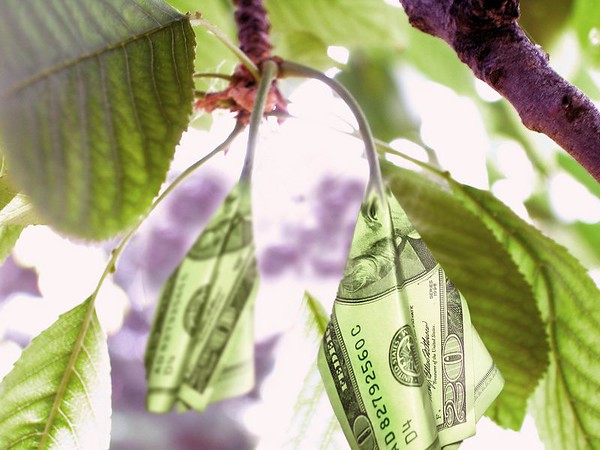 In an earlier post I questioned what might be the limitation on the policy agreement between the Bank of England and the UK Debt Management Agency that one can create money from thin air which is then used to buy UK national debt. For a while I have been calling for a transparent process to reduce the the level of this debt from the unpayable quantities announced in the Budget. I now realise that there is a very murky version of such a policy already in operation.

So what prevents the UK government from eliminating the whole of our national debt in this way, by creating money from thin air, or what Mary Mellor calls 'fresh air money'? The traditional response would have been 'Inflation' - because 'once the economy picks up again' there will be too much money in the system. The created money is buying debt that was generated to pay the debts of the banks. So the fact that the Bank of England is countenancing this suggests that nobody expects the 'assets' that we have bought from those banks to ever be worth anything. They are not a future inflation risk because they are as worthless as we always expected - debt and definitely not assets.

Such a policy of creating money to repay our own debt cannot possibly make the UK less solvent, since it is removing the quantity of debt and thus improving out balance-sheet. So why is Standard & Poors threating to downgrade our credit-worthiness as a nation from three stars to two? Leaving aside the question of how much weight we should attach to the views of these agencies that were quite happy with the banks' utterly worthless assets, why should they be making this announcement now?

It seems that there is a struggle going on at the heart of capitalism and this is a shot across the bows of governments that are reneging on the deal they made with corporate investors and the sovereign wealth funds controlled by national governments - the two groups who buy UK national debt.

How does it affect the corporate bond-holders if much of our national debt is simply eliminated by sleight-of-hand? One would have thought that it would have increased their ability to extract work from the labourers of Britain to pay the interest on their gilts, since they are now competing with fewer holders of gilts for their share of this value.

As for national governments holding sterling as reserves, they may become uneasy (queasy?) about the value of these assets, since the QE buy-back policy suggests an inability to support the levels of debt that have been taken on by the UK government. But again, the reality is that as the level of debt is managed down, the ability of UK plc to make good on what remains is increased.

The real issue is a political one. Money is being created from thin air to enable banks that extracted huge amounts of value during the asset bubble to carry on functioning - to maintain themselves as ongoing concerns that can thus continue to hold these 'assets'. What must really frighten the board of Global Capital Inc. is the thought that we, the revolting peasants of these islands, might demand that money is created in a similar way to pay for schools, hospitals and the others services that are so under-financed.

So the downgrading of national debt is a shot across the bows of a government that has increased investment in the public sector in recent years - the lastest move by the privateers to establish their power over our national economic life following a time when the government was forced to introduce a de facto socialist regime. It reinforces that massive transfer of value to the rich that the bank bailout represents, and reinforces the rules of the capitalist game that those who earn must work for their living, while those who own need not. Creating money directly is a head-on challenge to these rules and this is why it must be undermined. Tweet
Posted by Molly at 07:15